Dr. John Mulliken honored for Lifetime Achievement at the 2015 National Physician of the Year Awards

Dr. John Mulliken was honored for Lifetime Achievement at the 2015 National Physician of the Year Awards. The event was held at The Pierre Hotel on March 23rd, 2015 celebrating the 10th Anniversary of the inauguration of the award by Castle Connolly Medical Ltd. 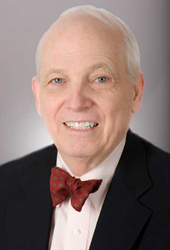 Dr. John Mulliken, is a leading pediatric plastic surgeon, whose work on the advancement of techniques and understanding of cleft lip and palate repair, craniofacial reconstruction, and vascular anomalies has impacted the lives of children worldwide.

Dr. Mulliken pioneered the field of vascular anomalies, authoring a landmark paper on cellular differences. It is the most cited article in the plastic surgical literature and the basis for the field's widely-accepted classification system. He also co-wrote the core textbook in the field and is the co-founder of the International Society for the Study of Vascular Anomalies.