Career Directors International has created a venue for resume writers and career coaches to grow their businesses while learning new skills and strategies for saving the day for job seekers. In conjunction with CDI's 2015 conference, Entrepreneurial Success Secrets Live, they hosted a career superhero theme song contest, and now can announce the winner and where the song will first be performed. 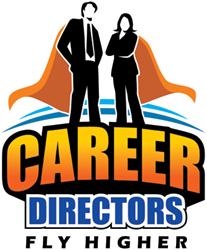 What can a theme song do? According to the leadership at Career DIrectors International (CDI), it can lead, inspire, empower, and in this case, even create a little laughter.

What can a theme song do? According to the leadership at Career DIrectors International (CDI), it can lead, inspire, empower, and in this case, even create a little laughter. CDI's President, Laura DeCarlo, first came up with the idea of hosting a career superhero theme song contest as a way to promote the value of what resume writers and career coaches bring to the job seekers they serve. "As the career superhero is CDIs mascot, it was only natural there be a theme song as well," says DeCarlo.

But the opportunity expanded because where there is a theme song, it needs to be sung. Since CDi's Entrepreneurial Success Secrets Live conference program this year is all about infinite possibilities, it seemed like there was a great opportunity here for fun and ice breaking. So, CDI hosted a theme song contest with the following promise:

The winning song will be sung live by CDI President, Laura DeCarlo, at the conference (which will be entertaining as she is not a singer), and then performed in a group sing-along (which will be great fun and drown out Laura). Both performances will be taped and shared on CDI's website and on CDI’s YouTube channel.

A few months later, the entries are in (and they were smashing), the public voting has ended, and a winning theme song has been selected. Without further ado, CDI is proud to share the winning song publicly:

They Got the Job

Based on the original song: We Got the Beat by The Go-Gos

"When the phone rings, its’ just another call
Oh help me please cause I’m up against a wall
Then I hear – the thing I didn’t know
It happens all the time….

All the layoffs keep me on my toes
Day and night, contemplating woes
I strategize – just to start another day
Live my life just to cheer and say

Everybody get on your feet
We get the jobs"

Resume writers and career coaches who want to up their game with their business are encouraged to join their colleagues at CDI's conference this October in Orlando, Florida.

About CDI:
CDI is a global membership organization that positions career and resume professionals for dynamic success as both practitioners and business owners. CDI is focused on championing the industry's cause for credibility and visibility; fostering exceptional success in every generation of career and resume professionals; and cultivating the career superhero that exists within each one of us.