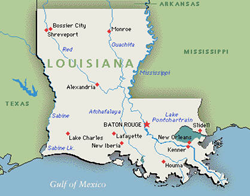 Other WCRI studies have noted that the number of visits per claim for hospital and nonhospital services in Louisiana declined from 2011 and 2012, perhaps in response to the implementation of treatment guidelines in 2011.

A recent study by the Workers Compensation Research Institute (WCRI) found costs per workers’ compensation claim in Louisiana changed little from 2011 to 2013―a flattening that followed three years of 5 percent annual growth.

The WCRI study, CompScope™ Benchmarks for Louisiana, 15th Edition, found the state’s average cost per claim remained higher than in most of the 17 states WCRI studied. All cost components―indemnity, medical and expenses―were higher than average.

Indemnity costs per claim, according to the study, were higher in Louisiana because the average duration of temporary disability was 8 to 15 weeks longer than in other states with a wage-loss benefit system. Lump-sum settlements also drove indemnity costs higher.

Medical costs per claim were also among the highest of the states studied. WCRI cited higher hospital outpatient payments per service as a cause, likely a reflection of the state’s charge-based reimbursement regulation. In addition, prices paid for some nonhospital (professional) services were higher than typical, but lower for others, such as office visits.

The cost of delivering medical and indemnity benefits to injured workers was also higher in Louisiana than other states. The percentage of claims with defense attorneys and the average payment defense attorneys received per claim grew from 2008 to 2013.

From 2008 to 2013, wages of injured workers grew more in Louisiana than in some of the 17 states. The study indicated that Louisiana’s economy likely played a role in that result. Louisiana was affected less by the recession than many states. Moreover, the relatively healthy economy may have contributed to job growth in construction, which pays higher wages than other industries.

Other WCRI studies have noted that the number of visits per claim for hospital and nonhospital services in Louisiana declined from 2011 and 2012, perhaps in response to the implementation of treatment guidelines in 2011. That decline may be a factor in the more stable claim costs in recent years.

To purchase a copy of this study, click on the following link: http://www.wcrinet.org/studies/public/books/BMcscope_multi15_LA_book.html.