Friends of Science thanks Ad Standards Council and brings Dr. Nir Shaviv to explain How the Sun Drives Climate Change and Global Warming

After several months of deliberation and appeal, the Ad Standards Council of Canada posted its ruling today on the Friend of Science Society’s digital climate change billboard campaign that sparked controversy in Montreal and garnered international attention. In an effort to educate the public, Friends of Science will host astrophysicist Dr. Nir Shaviv on June 2, at 6pm at the Red and White Club in Calgary to explain some aspects of solar physics and climate change. 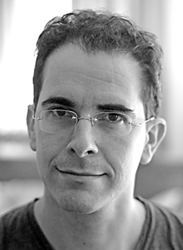 Global warming and climate change include the serious effects of the sun,as well as carbon dioxide emissions - Ad Standards Council

The Ad Standards Council of Canada posted its ruling online on May 20, 2015, in which it found against the Friends of Science Society’s controversial climate change French-language digital billboard campaign of November 2014 in Montreal, Quebec.

Friends of Science ran two billboards, the English versions of which had been reported in an earlier campaign in SLATE on June 12, 2014 “The Sun is the main driver of climate change. Not you. Not CO2.” and the other said “Global Warming stopped naturally +16 years ago.” as reported in the http:// Globe and Mail of June 27, 2014. There were no complaints to Ad Standards during that widely publicized campaign.

The Ad Standards Council on-line statement said that “Council found in the case of the advertisement that claimed “The sun is the main driver…”, that it omitted relevant information, namely that a number of factors have led to climate change, of which the sun is just one.”

Friends of Science contend that it is difficult to put all that on a billboard, a medium that normally keeps to a seven-word maximum. In their view, the word ‘main’ clearly indicated that the sun is not the only factor, despite it being the largest direct and indirect driver of climate change.

Friends of Science Society regrets that, due to the terms of appeal, they were prevented from running these ads during a crucial time when the province of Quebec and Ontario were signing a cap and trade deal, as reported in the Montreal Gazette on April 14, 2015.

According to Dr. Benny Peiser’s presentation at the Friends of Science 10th Annual Luncheon, May 14, 2013, in the UK and Europe, the unintended consequences of cap and trade, carbon taxes and renewable subsidies have pushed millions of taxpayers into ‘heat-or-eat’ poverty.’ This has been widely reported in the UK and EU as in this article in The Spectato r, April 5, 2014,

In response to the Ad Standards Council process, Friends of Science Society are pleased that award-winning, Israeli astrophysicist Dr. Nir Shaviv of the Racah Institute of Physics, Hebrew University of Jerusalem, will be their guest speaker in Calgary on June 2, 2015 at 6pm in the evening at the Red and White Club, McMahon Stadium. The topic will be “Solar Forcing and our understanding of past and future climate change.” Tickets are $35; $25 for students through Eventbrite.

In 2003, Discover Magazine named Dr. Shaviv’s research on galactic effects on climate as #34 out of the top 100 science stories of 2002. Dr. Shaviv has also won numerous awards for excellence in teaching.

About
Friends of Science have spent a decade reviewing a broad spectrum of literature on climate change and have concluded the sun is the main driver of climate change, not human industrial activity and not carbon dioxide (CO2). The core group of the Friends of Science is made up of a growing group of Earth, atmospheric, astrophysical scientists and engineers who volunteer their time and resources to educate the public. Membership is open to the public.