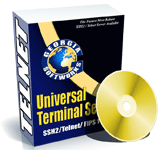 “Phillip’s skill set will be a great addition to the Georgia SoftWorks’ team,” said Doug Hitchcock of Georgia SoftWorks. “He has a strong sales and customer service background and also possesses computer knowledge and technical skills that will help him at GSW.”

Blythe has an associate’s degree in Business Administration from Georgia State University. He is CompTIA Network+ Certified, has experience with Java programing languages, building websites, building computer systems and more. He has also worked in retail management and sales where he was able to increase conversion averages, increase sales, produce store record dollar earnings and build a successful sales team.

“I am excited to learn the inner workings of Georgia SoftWorks and become an expert in the application and troubleshooting of the GSW products,” said Blythe.

Georgia SoftWorks is a software development company that develops industrial quality software designed for the most rigorous commercial environments. GSW has gained its worldwide recognition from the development of the GSW Telnet Server for Windows and SSH Server for Windows. They have end users and resellers on every continent (except Antarctica) and operate in a variety of industries throughout the world.