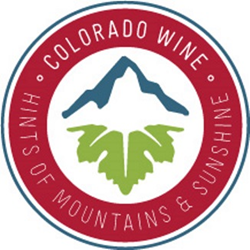 “The wines had the sense of completeness—that's when you're not just making wine but you're making beautiful wines,” said famed winemaker and Governor's Cup judge Warren Winiarski.

The Colorado Wine Industry Development Board (CWIDB), part of the Colorado Department of Agriculture, today announces the winners of this year’s 2015 Governor’s Cup Wine Competition which took place on May 16 and 17 at Metropolitan State University of Denver’s Hotel and Hospitality Learning Center. The only statewide winemaking competition exclusively for Colorado wines, this year’s competition drew 241 entries from 37 local wineries, and was judged by a panel of sommeliers, winemakers, writers, and wine experts from around the country.

The quality of the wines was so superb the judges voted to award the 2015 Governor’s Cup “Best of Show” to two wines; both made from Syrah. When the sweepstakes tasting was complete, Canyon Wind Cellars’ 2013 Anemoi Lips and Turquoise Mesa Winery’s 2013 Syrah were tied. The 15 judges preferred to name both wines as Best of Show rather than break the tie with a vote. Syrah is a red grape variety that originates from the Rhône region of France. The 2015 Governor’s Cup Case features the top 12 rated grape wines from the competition, but new this year is the special “Niche” four-pack of cider, mead, fruit, and flavored wines. Both will be available at select retailers throughout the Front Range.

“Syrah often excels in Colorado as a varietal wine and also makes a wonderful component in blended wines,” said Doug Caskey, executive director of the CWIDB. “It is quite a statement that four Syrah-based wines are among the top 12 wines in the competition.”

“I’m excited to hear that our 2013 Anemoi Lips won Best of Show,” Jay Christianson revealed. “We’re quite humbled that one of our wines has been awarded Best of Show two years in a row!” Last year, Canyon Wind Cellars’ 2012 Petit Verdot was the “Best of Show” winner in the 2014 Governor’s Cup Case. Canyon Wind Cellars, nestled along the Colorado River between the Book Cliffs and the towering Grand Mesa in Palisade, CO, is a family-owned, estate winery named for the mountain breezes and canyon winds that nurture the fruit on its high altitude vineyard. Norman and Ellen Christianson founded Canyon Wind in 1991 and crushed its first harvest in 1996. In 2010, the second generation arrived as the Christianson’s son, Jay, and his wife Jennifer, took over the leadership of Canyon Wind Cellars and created a second brand, Anemoi Wines, in 2011.

Turquoise Mesa Winery, like Canyon Wind Cellars, placed two of its wines in the Governor’s Case Cup. “We have always been proud of the quality of our wines, which means that the grape industry is outstanding in Colorado,” Tom Bueb proudly declared, “and our continued success only emphasizes that!” Turquoise Mesa Winery is a family-owned winery in Broomfield, Colorado built on a passion for great wine shared among friends, truly a hidden jewel on the Front Range. Owners Tom and Mary Joan Bueb began making wine commercially in 2003, but it had been an amateur passion long before that. Turquoise Mesa Winery sources the finest Colorado grapes primarily from the Western Slope to produce limited quantities of handcrafted wines. Known for Rhône varietals and blends, Bueb added, “Turquoise Mesa Winery is honored and thrilled that our Syrah tied for Best of Show.

“Each year, the judges continue to note the rise in quality of Colorado wine, and this year was no exception,” said Doug Caskey, Executive Director of the CWIDB. “We couldn’t have been more pleased with the wines that were submitted this year as well as the excellent group of judges that put in so much effort and thought to choose the winners.”

Also new with this year’s Governor’s Cup, the competition included separate judging for cider, perry, mead, and all “other than standard” and agricultural wines, tasted by judges that are more experienced in evaluating those unique wines in order to give more thorough and professional consideration to a broader category of wines. This judging was held May 8 at the Colorado Department of Agriculture’s new facility in Broomfield, Colo.

*Denotes wine made from at least 75% Colorado fruit or produce.

About the Colorado Wine Industry Development Board
The Colorado Wine Industry Development Board (CWIDB) is part of the Colorado Department of Agriculture dedicated to promoting and furthering the development of Colorado’s grape growers and vintners. The CWIDB supports the efforts of more than 120 wineries throughout the state, producing an increasing array of premium-quality wines. For additional information, visit http://www.coloradowine.com.