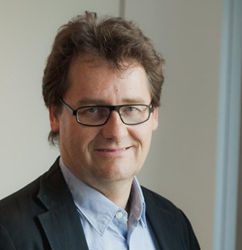 As a member of Nokia’s Leadership Team and in his executive roles, initially as EVP and later as CEO of Nokia HERE, Halbherr spearheaded the development, launch and implementation of HERE’s cloud-based location strategy. Under his leadership, the unit developed into a 6,000 employee stand-alone Nokia company. Previously, Halbherr oversaw the development of Nokia Maps and Internet services as Vice President of Ovi Products. He stepped down from his role at Nokia in August 2014 to pursue his own entrepreneurial interests.

Halbherr joined Nokia in 2006 through the acquisition of Berlin-based gate5 AG, a leading supplier of mapping, routing and navigation software and services, where he was CEO. He started his career as a consultant with BCG. He holds a doctorate in computer science and electrical engineering from ETH Zurich, and also studied at MIT.

As an advisor, Halbherr will lend his skills in international growth strategy to zeotap’s business development efforts across North America, EMEA and Asia. In addition, his proficiency with complex solution architecture, especially in the context of telecom networks and mobile services, will guide the company’s product development roadmap.

“Michael’s experience and expertise will prove invaluable in helping steer us through the exciting times ahead. We’re very fortunate to have him on board,” added Daniel Heer, co­founder and CEO of zeotap.

zeotap was founded by a team with extensive experience at Vodafone, IBM and Fyber (RNTS Media) as a data platform to connect MNOs with the app and advertising ecosystem. It is backed by the HitFox group and prominent angels including former executives at Deutsche Telekom, McKinsey, GfK and AOL.