Patients with a wide range of esophageal motility disorders found relief via Peroral Endoscopic Myotomy, POEM, according to research published in the journal Surgical Endoscopy. 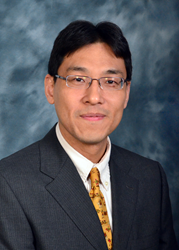 "This is good news for our patients who cannot eat a meal without resulting discomfort or pain." Toshitaka Hoppo, MD, Esophageal and Lung Institute, Allegheny Health Network

POEM (Peroral Endoscopic Myotomy), a newer endoscopic procedure used to treat the swallowing disorder known as achalasia, is also an effective therapy for a variety of esophageal motility disorders, according to research from Allegheny Health Network’s Esophageal and Lung Institute published in the April 2015 issue of the journal Surgical Endoscopy.

Research led by Toshitaka Hoppo, MD, PhD, and Blair Jobe, MD, Director of the Esophageal and Lung Institute, showed that most patients over the spectrum of esophageal motility disorders saw improvement in symptoms such as difficulty swallowing and chest pain after undergoing POEM.

“Our research showed that POEM, a procedure to divide the esophagus muscle, can provide effective symptom relief for a variety of patients with few complications,” Dr. Hoppo added. “This is good news for our patients who cannot eat a meal without resulting discomfort or pain, and thus suffer a reduced quality of life.”

AHN’s research looked at 33 patients with achalasia and non-achalasia disorders who underwent POEM at AHN facilities from January 2013 through October 2014. The majority saw improvement in their ability to swallow, and reduction or elimination of other symptoms such as chest pain.

Performed with an endoscope, a flexible tube that can be passed through the mouth, research shows POEM is as safe and effective as laparoscopic surgery for achalasia, but has a shorter recovery time, results in fewer complications and causes no scarring. An inpatient procedure, POEM takes one to three hours to complete and patients usually go home the next day.

Achalasia and other swallowing disorders are usually caused by a non-relaxing lower esophageal sphincter muscle and/or the esophagus squeezing too much, making it hard to swallow and hard for the food to pass into the stomach. Other symptoms besides swallowing difficulties may include chest pain, regurgitation, heartburn, cough, weight loss and an overall low quality of life.

Currently, only a handful of centers in the United States offer this less-invasive approach to treating swallowing disorders. Allegheny Health Network physicians were the first in Pennsylvania to offer POEM to patients.

Those who would like to schedule an appointment with Drs. Hoppo or Jobe, or any specialist with Allegheny Health Network’s Esophageal and Lung Institute can call 724.260.7300