D-wayne, Lee Foss, and Tommy Trash are just some of the musical acts performing at Temple Nightclub during July and August. 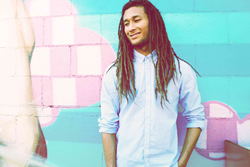 Just months since its reconceptualization in late December, Temple Nightclub has announced an all-star lineup for the summer. Featuring an immersive experience created with intelligent LED lighting, Temple has become the top-grossing nightclub in the Bay Area. Located at 540 Howard St. in the heart of the Financial District, Temple is the area’s only nightclub to be placed on Nightclub & Bar’s Top 100 list. July and August events will include the following:

D-wayne
Date: Saturday, July 11
Admission Cost: $15-$20
Event Info: D-wayne remixes top artists, including Tiësto, Enrique Iglesias, and Jennifer Lopez for an eclectic mix of dance tracks. Born in the Dutch city of Eindhoven, he got his start by performing at school parties and local clubs before gaining larger attention after collaborating with Afrojack on the song “Freedom,” released on Afrojack’s debut album, “Forget the World.” D-wayne is a regular at festivals such as 7th Sunday, Tomorrowland, and EDC New York.

Lee Foss
Date: Friday, July 17
Admission Cost: $15-$20
Event Info: Described by DJ Magazine as “one of the most talented new forces in modern dance music today,” Foss is ready to captivate his audience through music. He was named one of the Top DJs of 2011 by Resident Advisor, and recently released a full-length album with the electronic music group Hot Natured.

Tommy Trash
Date: Saturday, July 18
Admission Cost: $10-$25
Event Info: Known for his party-hard lifestyle, Tommy Trash brings unmistakable energy to his live performances. The Grammy- and VMA-nominated producer will stop at Temple Nightclub as part of his Just Trash It Tour to deliver the latest dance beats to San Francisco.

Michael Woods
Date: Saturday, Aug. 1
Admission Cost: $15-$30
Event Info: Michael Woods first broke onto the scene with his hit “Warrior,” which achieved a No. 1 ranking on the UK Club Chart in 2000. Founder of the Diffused Music label, Woods has collaborated with a number of artists, including Imogen Bailey, Juliette James, and Judge Jules. The energetic DJ will perform a number of classic tunes, as well as newer tracks like “Tequila Nites” and “Slice of Life.”

Henry Fong
Date: Saturday, Aug. 8
Admission Cost: $15-$30
Event Info: DJ and producer Henry Fong is well known in the EDM world for killer beats, energetic sets and crazy hair. His production has earned him recognition from major DJs such as Hardwell and Avicii with top tracks including “Encore” and “Get Down.”

Matthew Koma
Date: Saturday, Aug. 22
Admission Cost: $15-$30
Event Info: Describing his songwriting process as “manic and inconsistent,” Matthew Koma thrives on constantly experimenting with new approaches to developing melodies, hooks, and lyrics. A collaborator with some of the biggest names in EDM music, such as Alesso, Fedde Le Grand, and Zedd, the 28-year-old singer-songwriter will spin hot tracks for the nightclub’s guests.

Yolanda Be Cool
Date: Friday, Aug. 28
Admission Cost: $10-$25
Event Info: Yolanda Be Cool is an Australian electronic dance music duo who scored an international chart-topping hit with “We No Speak Americano” in 2010. Nominated for two ARIA music awards including “Best Dance Release” and “Most Popular Australian Single,” they will perform a variety of their original tracks from their album “Ladies & Mentalmen.”

About the company:
Temple Nightclub is located in the Financial District at 540 Howard St., just steps away from Moscone Center. Open from 10 p.m. to 3 a.m. Thursday, and from 10 p.m. to 4 a.m. Friday and Saturday, Temple is the nation’s first award-winning “green” venue to host world-class nightlife entertainment with an immersive audio-visual environment. Since its reconceptualization and reopening in late December, Temple Nightclub has been designated the top-grossing nightclub in San Francisco, #24 on Nightclub & Bar’s annual list of top clubs in the nation, and the only club in the Bay Area to be included on the list. The 20,000-square-foot nightclub encompasses four rooms, each with its own distinctive design and intelligent LED lighting. For table reservations and VIP experiences, guests may call 451.312.3099 or visit http://www.templesf.com. General information and updates are available by calling 451.312.3099, on Facebook at http://www.facebook.com/temple.nightclub.sf and on Instagram at http://www.instagram.com/temple_sf.