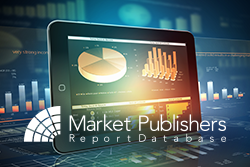 Japan’s wealth management sector is emerging in spite of unfavourable market conditions globally. In the past 10 years, much of the growth in the country’s wealth management and private banking market has been driven by large high net worth individual (HNWI) and ultra-HNWI (UHNWI) populations in Japan. Japan is an attractive proposition to domestic developers and foreign organisations alike. There were 2,180,100 HNWIs in Japan in 2014, holding USD 9.2 trillion in wealth.

Growth in HNWI numbers and wealth is forecast to improve in the offing, with the country’s HNWI population set to grow by just over 8% and HNWI wealth expected to grow by 22.8% to reach USD 11.8 trillion by 2019-end.

Core HNWIs (or core millionaires), consisting of 2 wealth bands mid-tier millionaires and lower-tier millionaires, form the base of the wealth pyramid. As of 2014, there were 2,163,397 core HNWIs in the country, together holding USD 7.1 trillion in wealth.

The study provides a detailed analysis of the wealth management sector performance in Japan along with discussing the HNWI population. Besides reviewing the performance and asset allocations of UHNWIs and HNWIs, the report also contains a thorough analysis of the opportunities and the challenges that the participants in the sector are facing with. Furthermore, the report presents deep insights into the key drivers of HNWI wealth and estimates the size of the Japanese wealth management industry. To present the most exhaustive evaluation of Japanese HNWI wealth, the report calibrates the overall wealth held by HNWIs across 6 leading asset classes. The report also sheds light on liquid and investable assets and the variety of opportunities for wealth industry professionals.

More reports by the publisher can be found at WealthInsight page.