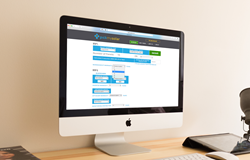 The Solar QuickBid feature aims to provide a new degree of consistency in solar bids that has previously not been possible.

The Solar QuickBid feature aims to provide a new degree of consistency in solar bids that has previously not been possible. Solar installers individually evaluating solar projects is highly inefficient and leads to substantial differences in proposals. “On a daily basis we see identical solar system specs with proposed electric production values that vary by as much as twenty percent. We’d prefer not to make judgments on whether some installers overestimate to make their proposals seem more attractive, but rather provide a simple solution” states Max Aram, Pick My Solar’s CEO. “A uniform bidding platform saves installers time and gives homeowners confidence.”

Prospective solar buyers can use Pick My Solar’s free service to receive an evaluation on their homes. With just a zip code and a utility bill, a user can generate solar bids for multiple system configurations and financing options. “Our customers don’t need to ask us each time they want to explore a new option – it’s all in their hands,” exclaims Aram.

Once a homeowner has decided on the system she wants, the platform allows her to anonymously post the project out to bid. Pick My Solar’s website claims qualified Installers can now use the SaaS platform to place Solar QuickBids in less than five minutes. With menus containing thousands of panel modules, inverters, and their specifications all integrated into the platform, bidding efficiency is optimized. The bids are auto-analyzed through Pick My Solar’s proprietary algorithms and presented to the homeowner in an easy to compare manner.

Currently, the Solar QuickBid is only available to installers in Pick My Solar’s network; but in early 2016 the feature will rollout nationwide. Solar companies in different areas of the country, where Pick My Solar is not yet offered, will be provided with this tool to self-generate and authenticate bids. After some quick inputs by the installer, an auto-populated Pick My Solar Certified proposal will be delivered to both the homeowner and installer. Today there’s not a universal platform which installers use to generate proposals, but soon homeowners everywhere will have access to Pick My Solar’s transparent bids.

PVWatts is an internationally accepted tool to estimate the performance of potential solar PV installations. By providing as many as 20 specific factors such as location, system orientation, and tilt, a user can find accurate estimates on a system’s kilowatt-hour production. Pick My Solar’s QuickBid establishes consistent factors for each project and seamlessly pulls the values directly from PVWatts database.

OpenEI is a crowd-sourced platform that has some of the largest Utility datasets in the world. The datasets are pulled directly into Pick My Solar’s platform, which allows accurate Utility rate schedule data to be incorporated into the calculations of solar saving dollar amounts. This integration lets users throughout the country see instant solar savings. Pick My Solar already maintains precise Utility data throughout California from its own data mining efforts, but relies on OpenEI for out-of-state users.

About Pick My Solar: Pick My Solar is an online solar purchasing marketplace, providing homeowners with expert advice and high quality custom bids from solar installers. The overarching mission of Pick My Solar is to simplify the solar purchase process, drive down costs and provide the consumer advocacy necessary for solar to achieve broad market success. Homeowners in California who are interested in Pick My Solar’s services can contact the company directly at 1-888-454-9979 for a free, no-obligation solar consultation or visit Pick My Solar online at http://www.pickmysolar.com.