Evidence does not support the hypothesis that pregnancy after treatment of melanoma worsens survival or recurrence rates, according to a new analysis. 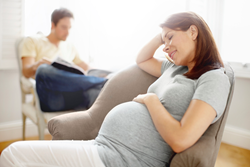 Current evidence does not support the hypothesis that pregnancy after treatment of melanoma worsens survival or recurrence rates, according to an analysis published in the Dermatologic Surgery journal

Having a child after a melanoma diagnosis does not appear to threaten long-term melanoma survival and recurrence rates, according to a new analysis.

In a review of the most relevant studies, the authors find no evidence to support that melanoma survival and recurrence rates are adversely affected by pregnancy. However, they caution in the August issue of the Dermatologic Surgery journal that a shortage of pertinent studies makes it difficult to draw definitive conclusions.

The question about whether the influence of pregnancy-related hormones and growth factors can negatively affect a melanoma patient’s long-term outlook has been debated in the scientific community for decades, with no clear consensus emerging.

Melanoma is the most deadly form of skin cancer. The American Cancer Society estimates more than 31,000 new cases of melanoma will be diagnosed among American women in 2015 and that about 3,300 U.S. women will die from the disease this year.

Yet despite the dangers, melanoma management guidelines in the United States, Europe and Australia provide doctors with minimal advice to dispense to patients about family planning, the article’s authors assert. Their new research seeks to help fill that vacuum.

Of 304 citations identified by the authors, five studies met inclusion criteria for the review. All five assessed melanoma survival rates and two of the five also examined recurrence.

The article’s conclusion contends that current evidence does not support the hypothesis that pregnancy after treatment of melanoma worsens the survival or recurrence rates while noting that “data are sparse, suggesting a precautionary approach is warranted regarding childbearing advice to melanoma survivors.”

Melanoma is one of few cancers that occur with measurable frequency in young adults, according to the authors, meaning a substantial number of women could be affected during their childbearing years.

The article notes that the immune system is altered during pregnancy, including a rejection in cellular immunity that could affect melanoma growth. But while the authors assert that “the physiological process of gestation has been likened to the pathologic progression of cancer including proliferation, invasion and systemic tolerance,” they report there is only evidence for that pattern in some animal studies, and supportive data from human studies are lacking.

About ASDS
The American Society for Dermatologic Surgery is the largest specialty organization exclusively representing dermatologic surgeons who have unique training and experience to treat the health, function and beauty of your skin. ASDS members are pioneers in the field. Many are involved in the clinical studies that bring popular treatments to revitalize skin and fill and diminish wrinkles to the forefront. Their work has helped create and enhance many of the devices that remove blemishes, hair and fat, and tighten skin. Dermatologic surgeons also are experts in skin cancer prevention, detection and treatment. As the incidence of skin cancer rises, dermatologic surgeons are committed to taking steps to minimize the life-threatening effects of this disease. For more information, visit asds.net.