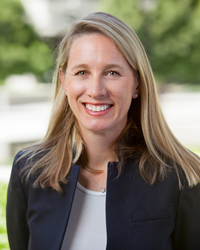 The rate of death from cancer is lower in the San Francisco Bay Area than in other parts of California and the rest of the country.

Fewer people in the Greater San Francisco Bay Area are getting cancer and, of those who do, fewer are dying from it, according to researchers at the Cancer Prevention Institute of California (CPIC).

From 1988 to 2012, the most recent 25-year period for which data are available, the occurrence of all new cancers combined declined by 13.2 percent overall, and by 19.2 percent among males and 7.4 percent among females in the Greater San Francisco Bay Area, according to the newly released 2015 Annual Cancer Incidence and Mortality Review. The review provides a summary of the most current cancer statistics, with an emphasis on the latest five years of available cancer diagnoses and mortality data (2008-2012) for the Greater Bay Area.

From 2008 through 2012, there were 155,303 new cases of cancer diagnosed in the Greater Bay Area. The five most common invasive cancers are breast, prostate, lung and bronchus, colorectal, and melanoma. These cancers accounted for 55% of all cases diagnosed during this time.

“We continue to observe a downward trend in deaths due to cancer across the region,” said Christina A. Clarke, Ph.D., research scientist at CPIC. “The rate of death from cancer is lower in the Bay Area than in other parts of California and the rest of the country.”

The report breaks down incidence and mortality rates by cancer type, gender, and racial/ ethnic background, and provides regional, statewide and national comparisons. Key highlights of the five most common cancers diagnosed among Bay Area residents are listed below.

o    Most commonly diagnosed cancer among Greater Bay Area males.
o    Compared to males in all of California, males in the Greater Bay Area had higher prostate cancer incidence rates in all    racial/ethnic groups.
o    Rates are highest among Black men (201.8 per 100,000 compared to 144.1 for White men).
o    Prostate cancer mortality rates have steadily declined for all racial/ethnic groups by an average of 3.7% per year since 1991.
o    Mortality rate is nearly double for Black compared to White men.

Lung and Other Smoking-Related Cancers

o    Rates continued to decrease by an average of 1.8 percent per year over the 25-year period from 1988 to 2012 across all racial/ethnic groups.
o    Despite declines, lung cancer continues to be the second most common cancer diagnosis in the Greater Bay Area.
o    Rates are highest among Black men and women, followed by White men and women.
o    Mortality rates declined among all racial/ethnic groups in the Greater Bay Area by 3.2 percent per year since 2001.
o    Lung cancer still accounts for more than one in four cancer deaths nationwide.
o    Cancers known or thought to be smoking-related include cancers of the lung, oral cavity and pharynx, esophagus, stomach, colorectum, liver, pancreas, larynx, uterine cervix, bladder, kidney and acute myeloid leukemia.

o    Third most commonly diagnosed cancer among Greater Bay Area men and women.
o    Incidence rates have declined for both genders over time, but most significantly in men – 6.3 percent per year.
o    Incidence rates are highest among Blacks (50.3 per 100,000), followed by Whites (40.3 per 100,000).
o    Hispanics and NH APIs have similar rates, but recent studies show rates may be increasing among certain Asian ethnic groups (Koreans, South Asians, and Filipinos) due to lower screening rates.
o    Mortality rates have declined over the past 25 years, except in Black and Hispanic men.

o    Third most common invasive cancer diagnosed among White males in the Greater Bay Area.
o    Incidence rates are seven times higher among Whites than Hispanics, and extremely low among Blacks and NHAPIs.
o    Over the past decade, melanoma incidence rates among Whites have been significantly higher and increasing more rapidly in the Greater Bay Area than in California.
o    Mortality rates decreased slightly for all races/ethnicities, but are twice as high among White men compared to White women, a difference that is poorly understood.