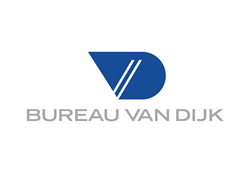 That said, deal values were still robust and the involvement of Warren Buffett in the month’s top deal is a positive sign for the current M&A landscape.

Growth in mergers and acquisitions (M&A) activity targeting North American companies stalled in August, a trend generally seen at this time of year as the vacation period takes hold.

A similar picture emerged in M&A targeting specifically US-based companies. Value declined by 35 percent month-on-month to USD 173,522 million from USD 267,100 million, against a 24 percent fall in volume. However, M&A value was higher in the four weeks under review than at the same time in 2014, when deals worth a combined USD 166,991 million were announced. M&A value targeting Canadian companies fell almost four-fold month-on-month from USD 8,069 million to USD 2,163 million, while volume weakened by more than a third. In a year-on-year comparison, value was 88 percent lower than the USD 17,394 million recorded in August 2014, against a 41 percent decrease in volume.

Lisa Wright, Zephyr director, said: “August is traditionally a quieter month, so weaker M&A results from North America are not a great surprise. That said, deal values were still robust and the involvement of Warren Buffett in the month’s top deal is a positive sign for the current M&A landscape. Significant growth in private equity investment is also very encouraging.”

In contrast to overall M&A, the value of private equity and venture capital (PE and VC) investment targeting the region increased both month-on-month and year-over-year. Deals worth a collective USD 26,299 million were announced during the four weeks, up by almost three-quarters on USD 15,187 million in July and double the USD 13,073 million-worth of investment in August 2014. However, volume was the lowest recorded in the last 12 months under review.

For the full M&A Reports from Zephyr, please visit mandaportal.com

Zephyr contains information on over 1 million deals. Over 85,000 deals are added each year depending on levels of deal activity. Zephyr has no minimum deal value. Zephyr's UK and Singapore researchers speak over 40 languages and use native language and English sources in their deal research. http://www.zephyrdealdata.com

About M&A Portal
The M&A Portal is a resource for anyone interested in M&A Deals intelligence and information. We host M&A news, deal commentary, features and research papers written by experts across the globe.

About Bureau van Dijk
Bureau van Dijk (BvD) is the leading provider of private company, corporate ownership and deal information. BvD’s product range combines data from regulatory and other sources, including 120 information partners, with flexible software to allow users to manipulate data for a range of research needs and applications. Its Orbis database provides information on over 160m companies across the globe.

The company has a global presence with over 30 offices worldwide. For more information on BvD, visit http://www.bvdinfo.com. Twitter: @BvDUS