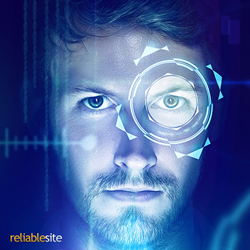 This new feature from ReliableSite will allow for better management, including giving resellers the freedom to give their customers accessibility through their own internal interfaces.

Dedicated Hosting provider ReliableSite.Net has launched an API, allowing programmatic access to dedicated server management, so that customers and resellers can seamlessly integrate and control server, network, and DDoS protection functions within their own project.

The API (application programming interface) is available for dedicated hosting customers and dedicated server resellers. This new feature from ReliableSite will allow for better management, including giving resellers the freedom to give their customers accessibility through their own internal interfaces. This offers a more connected experience to the reseller’s existing systems. It eliminates the need to manually customize every server’s functions from the dedicated server panel.

It is a huge step into automating hosting and server tasks. Customers will be able to power the server on, pull up resource details, manage null routes and DDoS attack protection settings and logs, and more. Resellers will enjoy having the ability to add or remove users and give their customers’ access to certain server details and advanced functions. For example, a VPS provider can reduce their system administrator’s workload by giving individual customers the ability to add and remove their own null routes or adjust DDoS protection settings.

“We built the API from the ground up for users who value automation and the ability to easily customize our services to their needs,” said Radic Davydov, founder and CEO of ReliableSite. “By its nature, the feature we’ve developed is tailored for anyone who relies on our services — from enterprise IT teams to app developers to cloud hosting providers.”

ReliableSite developed the API with their in-house development team using SOAP standards. This will allow programmers to be able to integrate the API for their needs using virtually any language, including PHP, Ruby, JavaScript and .NET.

The company was founded in 2006 and has grown to provide unmanaged, enterprise-grade dedicated servers and fully-managed dedicated hosting in the New York City metro area and Miami, FL. ReliableSite offers 100% uptime SLAs and on-site support staff who take care to treat every task as a priority.