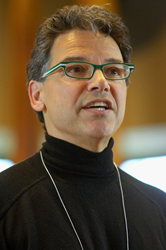 Now is the time for sacred action. We as faith leaders of the United States have called upon President Obama and the U. S Congress and our world community to act with expediency!

The National Coalition on Creation Care (NRCCC.org) sends letter to President Obama urging him to take executive actions to avert a climate catastrophe. The National Religious Coalition on Creation Care (NRCCC) is composed of members of all the major religious groups in America, including Catholics and Protestants, Jews and Muslims, Evangelicals and Orthodox Christians. They call climate change an urgent issue. The U.S. faith based leaders speak to President Obama from a faith-rooted conviction that it is their God-given task to care for the earth by exercising a loving responsibility as stewards and guardians. They referenced President Obama’s speech when he introduced the Clean Power Plan where he stated, “no challenge poses a greater threat to our future and future generations that a changing climate.”

Rabbi Warren Stone, co-chair of the NRCCC.org states, “As we all face a common future knowing the grave challenges of climate change impacting ours and future generations, let us know that we acted boldly with prescience to do what we could to protect the earth our home. Now is the time for sacred action. We as faith leaders of the United States have called upon President Obama and the U.S. Congress and our world community to act with expediency!”

Executive Actions include becoming an advocate for the carbon tax, modifying the Trans-Pacific Partnership, rejecting the Keystone XL Pipeline, and rejecting new coal leases on public lands. To review the letter to President Obama which outlines the executive actions the NRCCC.org would like President Obama to take to save our planet, please click here. A similar letter was sent to Congress.