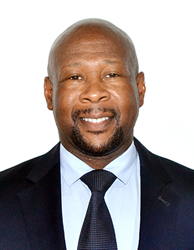 Leading this office will be Eugene “Gene” Martin, a veteran of the United States Navy with over 25 years of active duty service who brings extensive political and military experience in the region to the Desktop Alert team.

Desktop Alert, Inc., the leader in unified mass notification and interoperable emergency communication systems, today announced a major expansion of their international sales and market presence. The new Dubai office will be responsible for sales and customer support in Gulf States and Africa region.

“Mass notification and interoperable communication are multi-billion dollar addressable markets and the demand for these products and services in the Gulf States and Africa is particularly strong.” said Chris Brown, Desktop Alert’s Vice President for Global Operations. “Our ability to offer a fast, secure, redundant, and highly reliable communication platform capable of operating in environments ranging from extremely austere to fully modern has generated a tremendous amount of interest in the region and we believe this will be an area of particularly strong growth in 2016” Brown added.

Leading this office will be Eugene “Gene” Martin, a veteran of the United States Navy with over 25 years of active duty service who brings extensive political and military experience in the region to the Desktop Alert team. “It is a great honor to lead the Desktop Alert expansion in the Middle East and Africa. With such vibrant cultures and growing economies in the Middle East and Africa, there exists a broad and critical need for mass notification services. Many of the Gulf States have set expansive and visionary economic and infrastructure development goals for 2020 and those plans are being put into place now. It is amazing to witness this growth and understand the unique opportunity for Desktop Alert to be a part of this remarkable development. Further, I am particularly excited about countries on the continent of Africa. When combined, the economies of Africa have grown steadily at a rate of over 5 per cent with some countries posting average annual GDP rates over 10 percent. This trend is expected to accelerate in the near future as security, governance and stability issues are addressed. Desktop Alert mass notification systems will save lives and I am excited to be part of the Desktop Alert team.” said Eugene Martin, VP of Sales Middle East and Africa.

Desktop Alert is the leading provider of enterprise mass notification and emergency communications to the United States Department of Defense. Its innovative and patented software has been internationally recognized as a “Best Mass Notification” and “Best First Responder Interoperable Communications” system. Desktop Alert provides a suite of scalable, flexible, and adaptable communication, collaboration, and situational awareness tools in environments ranging from austere - no terrestrial infrastructure support - to fully modern with extensive IP and legacy system integrations. Desktop Alert allows individuals and organizations to increase the volume and velocity of information in order to ensure effective decision making, coordination, proactive community engagement, and public awareness.