Just in time for the holiday shopping season, Woodfield Mall, one of the largest shopping destinations in the United States with nearly 300 retail, dining and entertainment options, will welcome a market-exclusive location from Alter’d State and the new restaurant concept, Kinfork. 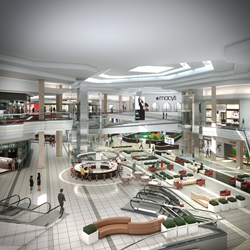 This is an exciting time as we near the completion of our renovation, which will further position Woodfield Mall as the Midwest’s premier retail destination.

Just in time for the holiday shopping season, Woodfield Mall, one of the largest shopping destinations in the United States with nearly 300 retail, dining and entertainment options, will welcome a market-exclusive location from Alter’d State and the new restaurant concept, Kinfork.

“Through our ongoing style evolution, Woodfield Mall has attracted the best retail and dining options that appeal to our millions of shoppers from near and far,” said David Gott, general manager at Woodfield Mall. “This is an exciting time as we near the completion of our renovation, which will further position Woodfield Mall as the Midwest’s premier retail destination.”

Alter’d State will debut its first-in-Illinois location at Woodfield Mall on the upper level near Abercrombie & Fitch. In addition to offering a wide range of boho chic goods from apparel and accessories to outerwear, home décor and gift items, the popular women’s fashion retailer will strive to inspire a movement to stand out “for good” by donating a portion of all proceeds to local and international charities and funding volunteer hours for employees.

Kinfork, the brand-new concept by Chicago-based Wine Not Hospitality, is slated to open later this fall on the lower level near JCPenney. The restaurant will offer inventive takes on classic American dishes in a warm, welcoming atmosphere, reminiscent of a rustic camping experience. The culinary team is developing a menu of elevated favorites, drawing influence from all corners of the country. Guests can expect to find an array of small and large dishes that are ideal for sharing, with an emphasis on wood-fired and house-smoked selections. Kinfork will complement Woodfield Mall’s existing dining and entertainment options, such as The Cheesecake Factory, The Improv Comedy Club, Level 257, Rainforest Café, Stir Crazy and Texas de Brazil.

“Diners, mall-goers and visitors to the area are in for a real treat when we open Kinfork’s doors at Woodfield Mall,” said Luke Johnson, owner/proprietor of Wine Not Hospitality. “We are excited by the incredible opportunity to debut our new concept at one of Illinois’s most distinguished shopping destinations.”

Other previously announced stores scheduled to open during early October include Zara and Timberland. Zara will offer on-trend apparel for men, women and children, such as outerwear, dresses, trousers, blouses, footwear, accessories and more. At Timberland, shoppers will find boots, shoes, clothes and gear that are comfortable enough to wear all day and rugged enough for all year.

Popular tenants currently undergoing interior and exterior renovations, which will generate an elevated shopping experience with greater merchandise selection, are Build-A-Bear Workshop, CD Peacock, Everything But Water, Fannie Mae, Hollister and Michael Hill. As part of these enhancement projects, Build-A-Bear Workshop will unveil its new store prototype while CD Peacock will double in size. The expansion will allow the jeweler to add an exclusive Rolex salon and a Cartier boutique, providing holiday shoppers with an impressive selection of these luxurious brands’ timepieces.

These additions will follow other new retailers, which opened earlier this year: ivivva athletica, Flight 23 at Footaction, Fly Zone at Kids Foot Locker, rue21 and the first-in-state location for SIX:02.

The store openings and renovations will coincide with the completion of the ongoing center-wide style evolution, which kicked off in January. The evolution includes a contemporary and streamlined facelift of the Grand Court and the surrounding department store wings, as well as new elevated plush seating areas and aesthetically appealing cosmetic finishes, such as new carpeting and ceramic tile. Heavy brick planters have been removed from the Grand Court and several areas on the upper level have been filled-in to create more walkable shopping space.

Once completed during early 2016, these enhancements will make it easier to navigate the various elevations of the mall with the addition of a new large capacity elevator and escalator, as well as the replacement of two existing elevators and improved interior and exterior directional signage.