In their Law Review Article published in Volume 6 of the William and Mary Business Law Review, Florida Foreclosure Defense Attorneys Roy Oppenheim and Jacquelyn K. Trask-Rahn explore how the misuse of the term “negotiability” is encouraging predatory lending practices and rampant fraud in the financial real estate market and financial industry. 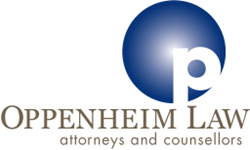 Oppenheim said, “It’s imperative that we ensure the judicial system is not polluted by interest group politics, in this particular case the banking industry.”

As the nation begins to heal from the past few years of financial turmoil, Florida foreclosure defense team Roy Oppenheim and Jacquelyn Trask-Rahn expose the effect the “negotiability” of Fannie Mae and Freddie Mac promissory notes had on the market crash in The Emperor’s New Clothes: How the Judicial System, Financial Industry, and the Housing Market Have Turned a Blind Eye to the Destruction of the Negotiability of Mortgage Promissory Notes.

The definition of “negotiability” is not for the banks to decide.

The Emperor’s New Clothes article published in William & Mary Law Business Review Volume 6 traces the history of negotiability from its inception in the 1800’s to its current state of disarray. The article provides an in depth look at the ongoing disregard by the judicial system of the requirements of negotiability under Article 3 of the Uniform Commercial Code with regard to the purchase money mortgage market. The article admonishes the banking industry for inappropriately influencing the judiciary by asking the courts to find that Fannie Mae and Freddie Mac standard promissory notes are negotiable instruments simply because the banking industry says so, rather than because of actual legal argument.

The article then calls on the judiciary “as theoretically the least political and most impartial branch of government, to find that such promissory notes are no longer negotiable instruments, and therefore must be transferred via assignment pursuant to Article 9 of the Uniform Commercial Code," explaining that “such a construct would provide the transparency necessary to protect consumers and preserve defenses to predatory lending by the financial industry.”

Mr. Oppenheim and Ms. Trask-Rahn are courageously and publicly exposing the truth. The bold approach with which the Emperor’s New Clothes exposes the dark side of “negotiability” has caught the attention of prominent members of the legal community such as Thomas Ice who praised the article.

“Finally, practicing attorneys with the courage and perspicacity to tell it like it is,” noted Ice, a Florida attorney who has been recognized as one of Florida’s Legal Elite. “Not only do they speak out loudly and clearly on what is obvious to any of us that have studied the issue (that Fannie and Freddie notes are not negotiable), but they show how an entire branch of our government--the judicial system--has abdicated its role in protecting the public from the abuses of the financial industry. It's not the finery of "clothes" but the impartiality of "robes" that is embarrassingly and disturbingly nonexistent for many of our modern day decision-makers.”

The inherent impropriety in changing the meaning of negotiability within one area of law.

The article’s groundbreaking concept, is concise yet provides readers with an in-depth history of negotiability and eye an opening look at how courts have decided to change the long-standing definition of negotiability, but astonishingly only as applied to purchase money mortgage promissory notes.

Why didn’t the Federal Trade Commission apply its “Holder in Due Course Rule” to Mortgage Notes?

The article asks the Federal Trade Commission to expand the elimination of the holder in due course doctrine, as it did with retail installment contracts and retail car financing. The FTC is aware of the abuse, fraud, and deception caused by the holder in due course doctrine yet the doctrine still applies concerning purchase money mortgages, making it easier for a lender to take advantage of a less experienced borrower without fear of retribution.

Oppenheim said “It’s imperative that we ensure the judicial system is not polluted by interest group politics, in this particular case the banking industry.”

The executive summary and the complete article are available here.

Founded more than twenty-five years ago, Oppenheim Law is uniquely positioned as one of Florida's leading boutique law firms, focusing on Florida real estate and foreclosure law. Serving the greater Fort Lauderdale, Florida-area and high-profile national, international and local clients, the firm is proud to have the highest (A-V) rating, conferred by Martindale Hubbell® Law Directory – the most respected directory of lawyers and law firms in the United States. Mr. Oppenheim and Ms. Trask-Rahn also co-authored Deconstructing the Black Magic of Securitized Trusts, which was published in Volume 41 of the Stetson Law Review.