Located in the SOMA District, this night club has a wildly entertaining lineup for the final weekend of October. 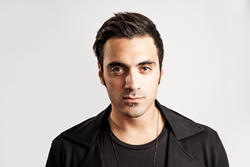 Ghouls will go wild as Temple Nightclub, located in the SOMA District, debuts an electrifying lineup for Halloween weekend on Friday, Oct. 30 and Saturday, Oct. 31.

To kick off the weekend, DJ duo Chocolate Puma will perform live from the DJ booth on Friday night. Hailing from Holland, the duo, also known as “The Good Men” and “Zki and Dobre,” have reached the top of the US Dance Chart and the UK Singles Chart with their hit single, “Give it Up.” With 20 years of experience in house music, the DJs are no strangers of performing for the crowds.

Continuing the party on Saturday night, Dutch DJ Ummet Ozcan will bring the house down with hit mixes including, “The Hum” and “Lose Control.” Working alongside major artists — Tiësto, Calvin Harris and Hardwell — Ozcan brings years of EDM production to the stage on Halloween.

Tickets to the events start at $30 and can be purchased at http://www.templesf.com.

Tweet about it too! .@Temple_SF gets #spooky with #Halloween bash featuring artists @UmmetOzcan and @ChocolatePuma! #EDM #Party

About Temple Nightclub:
Temple Nightclub is located in the SOMA at 540 Howard St., just steps away from Moscone Center. Open from 10 p.m. to 3 a.m. Thursday and from 10 p.m. to 4 a.m. Friday and Saturday, Temple is the nation’s first award-winning “green” venue to host world-class nightlife entertainment with an immersive audio-visual environment. Since its reconceptualization and reopening in late December, Temple Nightclub has been designated the top grossing nightclub in San Francisco, #24 on Nightclub & Bar’s annual list of top clubs in the nation, and the only club in the Bay Area to be included on the list. The 20,000-square-foot nightclub encompasses four rooms, each with its own distinctive design and intelligent LED lighting. For table reservations and VIP experiences, guests may call 451.312.3099 or visit http://www.templesf.com. General information and updates are available by calling 451.312.3099, on Facebook at http://www.facebook.com/temple.nightclub.sf and on Instagram at http://www.instagram.com/temple_sf.