The company started by 2x Olympian Nick Symmonds in October 2014 gets ready for week long celebration. 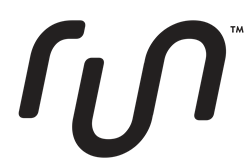 “Over the course of the past year, with the help of some good friends and loyal supporters, we have transformed our wild idea into a profitable enterprise.”

Run Gum®, a performance chewing gum created for endurance sports athletes, recently announced that they are celebrating their one-year anniversary. Infused with a proprietary blend of performance-enhancing stimulants, Run Gum was designed to help maximize athletes’ performance during workouts and competition.

Run Gum was co-founded by two-time Olympian and 2015 U.S. 800m champion, Nick Symmonds, who made news this past August during a contract dispute with USA Track and Field which caused him to miss the 2015 IAAF World Championships. Symmonds, a biochemist (B.A. Chemistry, Willamette University class of 2006), launched the company on October 14, 2014 with his long-time mentor and coach, Sam Lapray. After years of experimentation, the two found that chewing gum provided the fastest, most efficient method of delivering caffeine, taurine, and b-vitamins to an athlete’s body.

“Coach Sam Lapray and I took a big risk when we decided to launch a new business,” said Symmonds. “Over the course of the past year, with the help of some good friends and loyal supporters, we have transformed our wild idea into a profitable enterprise.”

To celebrate their one-year anniversary, Run Gum will have deals on their website, giveaways on social media, and live video streams with the team every day from October 12-15 during what they are calling #RUNiversary Week.

The week will also mark the beginning of year two for the startup company that has large ambitions for 2016.

“We have some very big plans for Run Gum's future and are reinvesting all of our profits back into the company as well as putting cash into the hands of professional athletes,” said Symmonds.

For more information about Run Gum and their one-year anniversary week, visit http://getrungum.com/

About Run Gum
Run Gum is a sports supplement brand selling performance chewing gum headquartered in Eugene, Oregon aka TrackTown USA. They believe performance matters and are on a mission to help athletes maximize their performance in daily training and competition. Founded in October 2014, Run Gum is sold in over 150 stores nationwide as well as their website, http://getrungum.com.