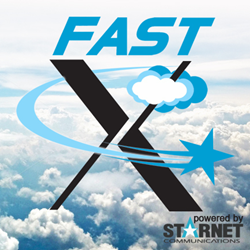 FastX 2.1 Allows Access to Linux Custers thru the Cloud

In a single product, FastX provides remote Linux access for all types of end users, from a single user to a pool of engineers accessing super computer clusters.

FastX 2.1 meets the increasing demand for solutions that can be deployed in large clusters of load balanced Linux servers, said Steven Schoch, founder and CEO of StarNet Communications. “In a single product, FastX now provides remote Linux access for all types of end users, from a single user connecting to a remote Linux desktop from his smart phone, to thousands of engineers working on high-resolution graphics engineering design applications in clusters of super computers.”

Among the advanced new configurations, FastX 2.1 supports the use of gateway servers from which users launch sessions that run on servers in a cluster. The gateway support also allows administrators to set up duplicate FastX gateway servers. By backing each other up, FastX creates a fault-tolerant environment that protects users from losing their remote sessions should one of the gateway servers go down unexpectedly or for service.

To further enhance the ability of FastX to support clusters of Linux servers, FastX also include a new set of Administrator features such the ability to track how many FastX sessions are running in the cluster and how much load (CPU and memory) each session is putting on a given server in the cluster.

Pricing & Availability
FastX can be downloaded with a 30-day free evaluation license from the StarNet Web site. Despite the addition of advanced new capabilities, the FastX list price remains at $295 in single license quantity. Volume, government and educational discounts are available. StarNet offers named-user and floating (concurrent) users licensing options.