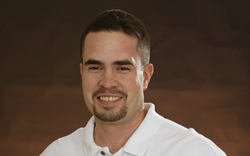 Velasquez, who served as an athletic trainer and strength and conditioning coach in professional baseball for 16 years and founded the highly regarded Vesla 360 Sports Performance & Physical Therapy program in Cranberry Township in 2012, will now oversee AHN’s growing Sports Performance program as a member of the Network’s nationally recognized Sports Medicine team. The program will be based at the soon to open Allegheny Health Network Sports Complex at Cool Springs in Bethel Park with plans to expand to additional locations, including the Network’s Wexford Health + Wellness Pavilion.

“Like AHN, Frank has worked to help athletes at all levels achieve the greatest possible success,” said Patrick J DeMeo, MD, Chair, AHN Orthopaedic Institute and Medical Director of the Pittsburgh Pirates Baseball Organization. “From his tenure with the Pittsburgh Pirates to his work with middle and high school athletes, Frank is dedicated to helping athletes build strength, avoid injury and excel at their sport.”

Velasquez earned a bachelor’s degree in Kinesiology from the University of Michigan where he served as a student athletic trainer in several sports, including Big 10 Championship teams in football and women’s swimming and diving.

He became certified as an athletic trainer and worked in outpatient physical therapy before accepting a position as minor league athletic trainer in the Texas Rangers Baseball Organization. Four years later, he became strength and conditioning coordinator for all of the Rangers minor league teams both in the United States and its two Latin American baseball academies in Venezuela and the Dominican Republic.

In 2003, Velasquez joined the Pittsburgh Pirates Baseball Organization as Major League Strength and Conditioning Coach. He served in that role for nine seasons, developing and overseeing the strength training, conditioning and overall wellness programs for the team’s 40 man roster. In 2008, Velasquez and the Pirates Sports Medicine staff were awarded “MLB Sports Medicine Staff of the Year” by Baseball Prospectus magazine for helping the Pirates be among the teams with the fewest days on the disabled list in a three year period.

Velasquez is currently a Senior Advisor for the Professional Baseball Strength & Conditioning Coaches Society where he plays an active role in planning the continuing education seminar for the strength coaches in professional baseball at the Baseball Winter Meetings.

AHN’s Sports Performance program will provide comprehensive care for athletes, active adults, and individuals recovering from injuries. Housed in the AHN Sports Complex at Cool Springs, the program will provide access to outpatient orthopaedic care, diagnostics, athletic training programs complemented by a state-of-the-art facility that features a regulation-sized soccer field, strength training facility, basketball and volleyball courts, batting cages and a high-tech, multi-sport simulation center. The complex is scheduled to open on November 1 and will also serve as the new practice facility for the Pittsburgh Riverhounds professional soccer team.

“I’m thrilled to be part of building AHN’s Sports Performance program and working alongside the network’s skilled orthopaedic surgeons, sports medicine specialists and athletic trainers,” Velasquez said. “Our new world class facility will provide a all-encompassing and elite experience to meet the needs of our region’s athletes and teams and help promote an active lifestyle for people of all ages.”