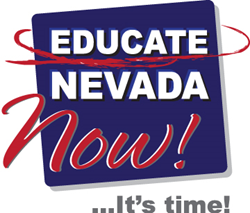 On Tuesday, October 20, 2015, Educate Nevada Now (ENN), a campaign of The Rogers Foundation, and six parents who are suing the State of Nevada over the new voucher law, Senate Bill 302 (SB302), filed a preliminary injunction motion to prevent the alleged loss of millions in funding to their children’s public schools. The motion was filed in Lopez v. Schwartz -- the lawsuit filed by the parents in September claiming the voucher law violates the Nevada Constitution’s ban on using public school funding to pay for private education.

The parents' motion for a preliminary injunction was filed yesterday, October 20, 2015, with Judge James Wilson in the First Judicial Court in Carson City, case number 150C002071B.

According to court documents, the parents filed the preliminary injunction to block the voucher law, which allegedly violates the Nevada Constitution in three ways:

According to court documents, the voucher law directs the State Treasurer to deposit funds appropriated by the Legislature for the operation of the Nevada public schools into private accounts to pay for private school tuition, online classes, home-based curriculums and related expenses, tutoring, transportation to and from private schools, and other private expenses.

The parents’ motion for an injunction alleges that the education of their children – and the 450,000 children attending public schools across the State – will be irreparably harmed if the voucher law is not blocked. According to estimates by the State Treasurer in the court documents, the public schools could lose over $200 million or more to pay for the voucher program.

In statements to the court, officials from the White Pine, Elko and Clark County school districts explain that the loss of funding will cause constant changes to their budgets and force them to reduce or eliminate teachers and support staff, increase class sizes, put off building repairs, and cut additional services for students with disabilities, English language learners (ELLs) and other special needs students.

According to court documents, the Nevada Legislature passed SB302 authorizing an unlimited program of private school vouchers in June. The voucher law directs the State Treasurer to deposit funds appropriated by the Legislature for the operation of the Nevada public schools into private accounts to pay for private school tuition, home-based curriculums, tutoring, transportation and other private expenses, according to court documents. Allegedly, the voucher program is expected to drain millions from the public schools and trigger cuts to programs and services necessary to educate public school children across the State.

In addition to the Munger, Tolles and Olson attorneys, David Sciarra and Amanda Morgan of the non-profit Education Law Center (ELC) in Newark, NJ, and Las Vegas, a Rogers Foundation partner, are representing the students and parents. They are also represented pro bono by Justin Jones, attorney and associates from Wolf, Rifkin, Shapiro, Schulman & Rabkin LLP in Nevada.

To view the court documents and to find more information, visit educatenevadanow.com