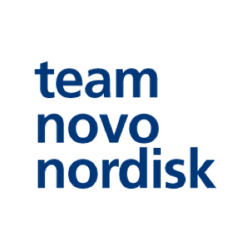 Team Novo Nordisk is ready to take on our fourth season. Our results this year showcase the strength and growth of our athletes and we're all excited to see what the team can accomplish in 2016.

Team Novo Nordisk, the world’s first all-diabetes professional cycling team, will race its fourth season with a roster of 18 athletes from 10 countries. The total number of French and Dutch riders on the pro squad increases to four each, as Mehdi Benhamouda (FRA) moves up from the development team and stagiaire, Brian Kamstra (NED), joins the pro ranks for the 2016 season.

"Team Novo Nordisk is ready to take on our fourth season. Our results this year showcase the strength and growth of our athletes and we're all excited to see what the team can accomplish in 2016," Team Novo Nordisk CEO and co-founder Phil Southerland said. “We're looking forward to another year of racing while inspiring, educating and empowering everyone around the world affected by diabetes.”

In order to become a member of Team Novo Nordisk, all athletes must have diabetes. Since its launch in December 2012, the organization has focused heavily on identifying and developing endurance athletes from around the world with diabetes, building junior and development squads totaling 30 athletes.

“The promotion of Mehdi from the development team exemplifies the depth and potential of our development program, which begins with the talent identification camps we hold each summer for young athletes. Mehdi came to one of our first camps in 2013, worked tremendously hard for the last two years as part of the development team and now he is the first rider from our talent ID program to sign with the pro squad. He has a very bright future ahead of him and I am very excited to watch him grow and succeed,” added Southerland.

Born in Carcassonne, France, Benhamouda began racing bikes when he was eight-years-old. He was invited to attend one of Team Novo Nordisk’s talent ID camps in 2013 and subsequently signed with Team Novo Nordisk’s development team, where he has raced for the past two years. The 20-year-old sprinter has earned consistent results, including wins at the HHC Rumble @ Roebling and Georgia Cycling Gran Prix Criterium and third at the Tulsa Tough Criterium and Grant Park Criterium.

Stagiaire, Brian Kamstra, who was discovered by fellow Dutchman and Team Novo Nordisk veteran rider, Martijn Verschoor, began riding for the Team Novo Nordisk development team in January 2015 and is being promoted to the pro squad for the 2016 season. The 22-year-old was a four-time Dutch national cross country runner and won the European Cross Country Running Championship in 2011 before switching over to the bike earlier this year.

"In order for the team to achieve long-term success and sustainability, we need to nurture our development program. Year after year we are seeing the fruit of our labor and this year we're thrilled to add two strong riders to our pro squad. We are all excited about their potential and will support them as best as possible in the pro ranks,” Team Novo Nordisk Senior Vice President of Athletics Vassili Davidenko said. "The 2015 season has been our most successful to date and we're looking ahead to 2016 with even higher goals. We have a strong team, from the athletes to the staff and management, and as we grow we expect more results, more wins and more jerseys.”

This season, the Team Novo Nordisk men’s professional squad competed in its first World Tour race, Milan-San Remo. The Italian race saw Andrea Peron (ITA) feature in the day’s main breakaway and the first four riders with diabetes finish the historic race. Across 43 races in 26 countries, Team Novo Nordisk earned its first win when Scott Ambrose (NZL) sprinted to victory on Stage 2 of the Tour de Filipinas and its best result to date at a UCI 2.HC race when Javier Megias (ESP) took second on Stage 6 of the USA Pro Challenge. As of October 27, 2015 the team has amassed a total of 34 top-10 finishes this year.

About Team Novo Nordisk
Team Novo Nordisk is a global all-diabetes sports team of cyclists, triathletes and runners, spearheaded by the world’s first all-diabetes UCI Professional Continental cycling team. The team’s mission is to inspire, educate and empower those affected by diabetes.