Author D.D. Marx to Host Book Signing at her Alma Mater, The University of Dayton on Friday November 6, 2015

Author D.D. Marx has been featured on a series of media shows showcasing her book, ‘Beyond Believing’. 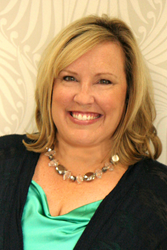 Attending UD was four of the best years of my life. It is an honor and privilege to be heading back to campus with the hopes of inspiring even one future writer. I want to encourage students to pursue their dream and show them it’s possible.

Sought after Chic-Lit Author, D.D. Marx is busy on a media tour promoting her first novel, “Beyond Believing” in her debut trilogy dubbed, The Beyond Series. Marx is most excited about her upcoming book tour stop at her alma mater, The University of Dayton, whom she credits for unmasking her gift and love of writing. According to the event's organizers, D.D. Marx will be speaking and giving away books to the student body, faculty and surrounding community to pay it forward as a token of her appreciation. Marx will be signing books from 11-1pm eastern time in the Campus Bookstore. When asked how she feels about returning to her roots Marx proudly responded, “Attending UD was four of the best years of my life. It is an honor and privilege to be heading back to campus with the hopes of inspiring even one future writer. I want to encourage students to pursue their dream and show them it’s possible.”

‘Beyond Believing’ is the inspiring story of Olivia, a woman who struggles to discover a way to go on living and fill the void in her heart after her best friend Dan is tragically killed in a car accident. She is eventually able to stop searching for meaning all on her own and opens herself up to the world. It is then that Dan is able to come to her and guide her from beyond into a life filled with new experiences that she never expected to find, including a new love who heals her spirit like never before. Olivia, with Dan’s help, is able to find a fulfilling life full of love that she never would have expected.

Marx has been recently featured on ‘Sharing Success Stories’ hosted by January Jones on iHeart Radio with over 1.5 million downloads. Marx shared the importance of mentors and friendships to drive internal inspiration. The broadcast of the show can be listened to at http://www.iheart.com/talk/show/53-January-Jones-Sharing-Succ/. All appearances and interviews are archived on D.D. Marx's Website.

D.D. Marx will be featured on several other media shows over the next couple months as she continues to spread hope and the importance of friendship through her book, ‘Beyond Believing’. Beyond Believing is available to purchase from Author's Website, Amazon, and Barnes & Noble.

D.D. Marx:
D.D. Marx has always been a social storyteller, always looking for new friends and new ways to tell stories. If friendship were a business, she would be a millionaire.

She graduated from the University of Dayton with a degree in Communication and spent some time working before entering the Second City Program in Chicago. Realizing that everything she’d done was pointing her in one direction, D.D. decided to become a writer, using her own experiences in life to inspire her debut project, the Beyond Series.