The General brings extensive expertise to Desktop Alert as the company continues its aggressive international and domestic market expansion initiatives. 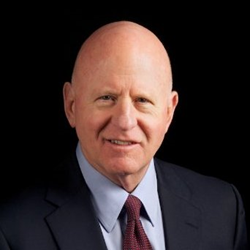 I look forward to contributing to Desktop Alert’s continued growth and success as we expand into new geographies and verticals, and extend our market leadership advantage.

While serving as the deputy commander, United States Northern Command, General Blum helped lead the command to anticipate, prepare and respond to threats and aggression aimed at the United States, its territories and interests within the assigned area of responsibility and, as directed by the President or Secretary of Defense, provide defense support of civil authorities including consequence management operations.

General Blum’s previous assignment was Chief, National Guard Bureau, Arlington, Virginia. As Chief, he was responsible for formulating, developing and coordinating all policies, programs and plans affecting more than half a million Army and Air National Guard personnel. Appointed by the President, he served as the principal adviser to the Secretary and Chief of Staff of the Army, and the Secretary and Chief of Staff of the Air Force on all National Guard issues. As National Guard Bureau Chief, he served as the Army’s and Air Force’s official channel of communication with the Governors and Adjutants General. General Blum was instrumental in transforming the National Guard from a once ponderous Cold War strategic reserve into an agile, lethal operational force capable of joint and expeditionary warfare—a uniquely flexible force simultaneously capable of responding to a broad range of civil and humanitarian crises. As a result of General Blum’s vision, the Guard today stands more ready, reliable, essential and accessible than at any time in its near-four hundred years of existence.

“General Blum enlisted as a Private and retired over 42 years later after serving as the 25th Chief of the National Guard Bureau. His impressive service to our nation included leading the remarkable response in the wake of Hurricane Katrina where he was responsible for the deployment of over 50,000 National Guard citizen soldiers and airmen from every state and territory. This operation was the largest, fastest and most effective military response to a natural disaster in history. It is an honor to announce today that General Blum has joined the Desktop Alert Board of Directors” said Howard Ryan, CEO Desktop Alert Inc.

“It is a privilege to serve on the Desktop Alert Board of Directors and to be a part of a company that is so committed to improving the safety and security of our citizens, first responders, and armed forces personnel and their families around the world.” said General Blum. “As the enterprise mass notification system of record for the National Guard, USNORTHCOM, and FEMA Desktop Alert has a proven track record of success providing standards-based shared system for mass warning and notification capabilities during an emergency. I look forward to contributing to Desktop Alert’s continued growth and success as we expand into new geographies and verticals, and extend our market leadership advantage.”