Extrovert, Introvert or Ambivert? PsychTests’ Study Reveals That It Can Be A Win-Win-Win Situation

New study by PsychTests.com reveals that companies are more likely to benefit from hiring a mix of Extroverts and Introverts, rather than solely Ambiverts. 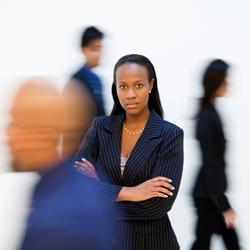 Companies are more likely to benefit from hiring a mix of Extroverts and Introverts, rather than solely Ambiverts.

Just because ambiverts share characteristics of both introverts and extroverts, that doesn’t mean they also share their strengths.

“Everything in moderation” has always been the accepted axiom, even when it comes to social orientation. Unlike total Extroverts or total Introverts, “Ambiverts” enjoy the best of both worlds: They enjoy socializing and working with others, but are also comfortable tackling solo projects.

HR managers appeared to have found a shortcut to success. Rather than endeavoring to find an extrovert for more socially oriented positions, and an introvert for more solitary work, HR managers could streamline the hiring process and simply opt for an Ambivert. Recent research from PsychTests, however, indicates that both introverted and extroverted personalities have a slight edge over ambiverts.

Areas Where Both Extroverts And Introverts Outperform Ambiverts

“There are a lot of HR-related articles on the web that claim companies will be better off hiring an ambivert over an extrovert or introvert,” explains Dr. Jerabek, president of PsychTests. “On the one hand, if you have a position in which tasks vary a great deal and employees are required to work on individual as well as team projects, ambiverts might be considered ideal. However, just because ambiverts share characteristics of both introverts and extroverts, that doesn’t mean they also share their strengths.”

“This isn’t to say that Ambiverts are not good employees; as our data shows, they are still strong performers. Yet even when we controlled for Emotional Stability, Openness, Agreeableness, and Conscientiousness … four of the well known ‘Big Five’ traits… and looked only at the top performers, Introverts and/or Extroverts still exceeded Ambiverts by at least 5 points. The only areas where Ambiverts had an advantage – and only in comparison to Introverts – was their level of persistence when completing a difficult task, their tendency to be optimistic , and their ability to overcome the temptation to procrastinate.”

“The bottom line is that each of these personality types has their strengths and areas that need development, so it’s very important to make sure that a job candidate’s competencies as well as his or her personality are suitable for a particular position. Most importantly, don’t make assumptions about a person based on labels like extroverted or introverted; introverted doesn’t imply that a person is shy, and extroverted doesn’t necessarily mean that a person talks to excess and doesn’t listen. Take the time to get to know about the different facets of an individual’s personality – to get to know the real person,” concludes Dr. Jerabek.

Want to assess your Big Five personality? Go to http://testyourself.psychtests.com/testid/3892