During the holiday season people tend to drink more putting them at an increased risk for a drunk driving arrest. The Barone Defense Firm, Michigan’s largest and most experienced DUI defense law firm, offers these six sure-fire ways to avoid a DUI arrest this holiday season 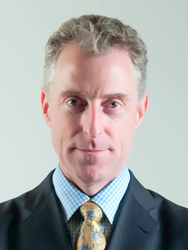 "Even if you are below the legal limit you can be arrested and convicted of drunk driving. This can happen with BAC’s as low as .06 or .05 provided the prosecutor can show that your ability to operate was substantially lessened at this low level."

1.    Drink only Neat Liquor or Other Still Spirits – Alcohol leaves the stomach and enters the blood stream more quickly when it’s mixed with certain carbonated beverages such as diet soda. This is the conclusion of a Northern Kentucky University in Highland Heights study comparing blood alcohol levels of students who drank the same amount of vodka with regular soda vs. diet soda. “That’s why, at the Barone Defense Firm, we advise: avoid carbonated diet beverages, avoid a drunk driving arrest” says Patrick T. Barone, the Firm’s Founding Partner and CEO.

2.    Closely Monitor Units not Drinks - one of the interesting properties of beverage alcohol is that the same amount of alcohol will generally raise a drinker’s bodily alcohol content (BAC) by the same amount. “Generally speaking, a unit of alcohol will raise a person’s BAC by about .02 to .025. A unit of alcohol is 5-6 oz of 12% wine, 12 oz of 5% beer and 1.5 oz of 80 proof liquor. The problem is that a single mixed drink might contain 3 oz or more of total liquor. So you may only have two drinks, but 4 total units of alcohol. This alone can put you over the legal limit.” said Mr. Barone.

3.    Let Alcohol Burn Before Driving – Even if you have 5 or 6 units of alcohol, you still might be below the legal limit if you wait a few hours before driving. This is because most people burn alcohol at the rate of .015 to .020 per hour. "This is where the idea that it’s safe to have a drink per hour and then drive comes from. However, as already noted, many drinks have more than one unit of alcohol, so a person must be very careful to consider everything in deciding whether or not to drive,” said Mr. Barone.

4.    Stay Put – Many responsible drinkers will make arrangements to spend the night someplace after a night of drinking. This can be a hotel or a friend’s house. Just be sure not to drive there after drinking, and be sure that you’ve waited long enough after you’ve stopped drinking to burn enough alcohol. “I’ve handled many cases where the driver was pulled over the next day, so simply staying put may not be enough,” said Mr. Barone.

5.    Call for a Ride – Many people who have been drinking will call a cab. However, like number 4 above, if you call a cab, a friend, or use Uber, be sure to call it between drinking establishments, don’t just wait until the end of the night.

6.    Don’t Drink and Drive – the safest bet is to not drink and drive. This way you won’t have to worry about miscalculating numbers of drinks, drinking carbonated diet or non-diet soda, or even worrying if you’re still too drunk the morning after.

While it is not unlawful to drink and drive, the only really sure-fire way to avoid a drunk driving arrest is to simply not drink and drive. "In addition to everything else already stated, tne reason this is true is that being below the legal limit does not necessarily protect you from a drunk driving arrest. Even with a BAC below the so-called legal limit, you can be arrested and convicted of drunk driving in Michigan. This can happen with BAC’s as low as .06 or .05. If the prosecutor can show that your ability to operate was substantially lessened at these low BACs then they can obtain a conviction,” said Mr. Barone.

The Barone Defense Firm has offices in Birmingham and Grand Rapids Michigan. The Firm’s six lawyers exclusively represent citizens accused of intoxicated driving, including those cases involving injury or death. No other cases are accepted. As Michigan’s largest law firm with this singular focus, the Barone Defense Firm remains on the cutting edge of professional excellence.