Settlement resolves claims by the Commonwealth of Kentucky for alleged improper marketing of Risperdal. 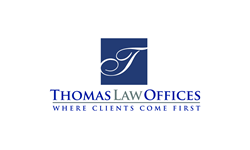 “It was a pleasure working with the talented lawyers at the Bailey firm and the Office of the Attorney General in seeing this case through to a good resolution for the Commonwealth,” Tad Thomas

On December 22, 2015, a Circuit Court Judge in Louisville, Kentucky, entered an Agreed Judgment and Consent Degree between the Office of the Kentucky Attorney General and Janssen Pharmaceuticals resolving litigation between the Commonwealth of Kentucky and the maker of the drug, Risperdal. (Commonwealth of Kentucky v. Janssen et. al. 13-CI-002488, Jefferson County Circuit Court Division 3). The Louisville, Kentucky firm of Thomas Law Offices, PLLC and the Houston, Texas firm of Bailey Peavy Bailey Cowan and Heckaman, PLLC, assisted the Office of the Attorney General in litigating the claims.

The lawsuit, filed in 2013, alleged that Janssen Pharmaceuticals, and its parent company, Johnson & Johnson, lied to doctors and patients about the adverse side effects of the drug. In announcing the settlement, Attorney General Jack Conway reiterated the lawsuit's allegations that Janssen and Johnson & Johnson hid the fact that Risperdal was specifically dangerous for children and elderly patients.

The suit also alleged that Janssen marketed Risperdal to children before it was approved to do so by the FDA and failed to disclose to parents and doctors that the drug could cause abnormal growth breast tissue in boys and infertility in young girls. In addition, the drug is alleged to have caused a higher risk of death in elderly patients treated with Risperdal.

To resolve the claims, Janssen will be making a payment to the Commonwealth of $15.5 million dollars and has agreed to cease its promotion of Risperdal for non-FDA approved uses. In addition, the company has agreed to adequately disclose known risks associated with the use of the drug.

Bailey Peavy Bailey Cowan and Heckaman, PLLC was hired by the Office of the Attorney General because of its history of success in litigating claims against large pharmaceutical companies which included several high profile verdicts against Janssen Pharmaceuticals. The Bailey firm worked with Tad Thomas of Thomas Law Offices, a former Assistant Deputy Attorney General himself, in litigating Kentucky’s claims. “It was a pleasure working with the talented lawyers at the Bailey firm and the Office of the Attorney General in seeing this case through to a good resolution for the Commonwealth,” Thomas said.

Thomas Law Offices is a Kentucky based law firm that represents individuals injured as the result of defective medical devices and pharmaceuticals across the country. In addition, the firm expends the vast majority of its time and resources representing individuals involved in motor vehicle collisions, trucking accidents, nursing home neglect and abuse, and medical malpractice.