To support creative expression, encourage the discovery of new experiences and promote the sharing of new trends and ideas is at the core of Beaujolais Wines’ collaboration with the Brooklyn Film Festival 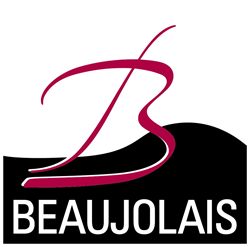 Beaujolais Wines is thrilled to announce its partnership with the Brooklyn Film Festival (BFF), acting as Presenting Sponsor and exclusive wine sponsor for BFF’s 18th annual edition themed Illuminate, which will run from May 29th through June 7th. Beaujolais Wines is honored to support BFF in its mission to promote creativity and render original and independent films more accessible to the public:

“Many men and women dedicate their lives to their passions, such as creating beautiful films or producing exquisite vintages, and their hard work sometimes goes unnoticed. We are so proud to support the Brooklyn Film Festival in encouraging creative endeavors and increasing the visibility of these efforts: whether it’s trying a new wine or discovering a new filmmaker, we are always excited to see people step out of their comfort zone to seek new experiences,” states Jean Bourjade, Managing Director Inter Beaujolais.

Having received 2,331 films from 113 countries, BFF will present 109 film premieres, with each film to be shown twice. In addition to the showings, the festival will also host a series of events where guests will be invited to discover Beaujolais’ light to medium-bodied reds in its 12 appellations. Please join BFF and Beaujolais Wines at one of the following gatherings:

"The Brooklyn Film Festival is proud and excited to welcome Beaujolais Wines as a Presenting Sponsor for our Illuminate edition," said Marco Ursino, BFF Executive Director. "The Festival is about showing films, but also sharing ideas and discussing new trends in a highly creative environment. A glass of Beaujolais wine will nicely complement the sophisticated yet accessible atmosphere we are striving to create in our networking events. Their hand-picked grapes technique reminds me of our year-round efforts to create a unique film program, by careful selection, from thousands of film entries."

About Brooklyn Film Festival (BFF) :
The organizers of the Brooklyn Film Festival (BFF), have been staging International, competitive film events since 1998. BFF's mission is to provide a public forum in Brooklyn in order to advance public interest in films and the independent production of films, to draw worldwide attention to Brooklyn as a center for cinema, to encourage the rights of all Brooklyn residents to access and experience the power of independent filmmaking, and to promote artistic excellence and the creative freedom of artists without censure. BFF, inc. is a not-for-profit organization.

For more information about the festival please visit http://www.brooklynfilmfestival.org.