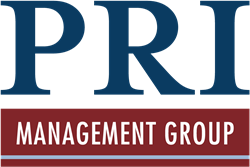 The accuracy of police data starts with the officer and finishes in "Records". We advocate for stringent police reporting procedure and quality control in law enforcement.

This week the White House announced a federal "police data initiative" as part of the President's Task Force on 21st Century Policing. Central to this initiative is enabling transparency and accountability in its crime and operational data and thus enhancing community trust. This initiative drives at the core importance of quality control in police reporting procedure and speaks directly to the 3 pronged approach to ensuring accurate, error-free and well-written documentation, without which data is meaningless.

This approach involves a systematic, policy and training driven program in which responsibility for producing accurate and error-free reports falls on 1) the reporting officer 2) the reviewing supervisor and 3) records personnel.

"The trap that agencies often fall into is pointing the finger at only one of these entities as the cause for inaccurate data when in fact all 3 should be involved," says Ed Claughton, President of PRI Management Group. The standard reporting model in policing involves, at a minimum, this 3 level approach to reviewing and correcting reports when errors are found.

The reporting officer is responsible for producing well-written documentation, classified correctly and detailed enough to justify it, and for reviewing the report prior to submission.

The supervisor then checks the report for accuracy, completeness and timeliness. Reports should be submitted prior to the end of the shift and queries should be run, against the day’s case number list if not an automatic feature in MFR, to ensure reports aren’t missing. If errors are found the supervisor is responsible for ensuring their correction.

Records personnel then check the report again for yet a second level of review for the same concerns as well as compliance with UCR/NIBRS standards and overall quality. If an error is found at this level, the report should be returned to the supervisor for correction.

Ed Claughton notes that over the years of training and advising agencies in the field of records management, PRI has all too often met ones which take the opposite approach and “freeze” or archive a report as-is once it is completed, believing the officer should be held accountable for any mistakes which may surface at a later time i.e. when the case is prosecuted in court.

"There are a multitude of problems with this practice, the most basic of which runs counter to the ability and need to produce accurate crime data, especially in light of the new federal police data initiative." says Claughton.

"Without these fundamental processes in place, the data won’t be accurate. Efforts to open, cull, analyze and qualify crime data will be extensive in this initiative. It is however imperative to start with the basics. Efforts should be undertaken to ensure a collaborative approach which partners statisticians with the expertise of ground-level practitioners" says Claughton.

Nonetheless, PRI Management Group fully endorses this initiative and has been working since 2008 with over 760 agencies around the U.S. to ensure their records and data are in fact accurate, error-free and well written. We specialize in the inputs, business processes and workflows of law enforcement reporting and information management procedure.