Commenting on the recent article about the reasons why most New Year’s weight loss resolutions fail, medical group Beverly Hills Physicians agrees that weight loss is a matter of serious lifestyle change – but adds that there are ways to make that change a lot less difficult. 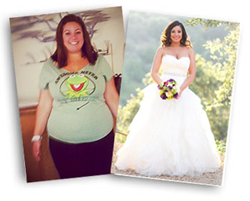 Sanaz had gone through “every diet known to man” but, with the help of a Lap Band from BHP’s Dr. Misra, was able to lose 100 pounds over the course of two years.

Weight loss surgery options such as the gastric sleeve and Lap Band can make permanently defeating obesity a great deal more achievable because they get to the root of the problem by actually reducing the patient’s appetite.

Southern California based medical group Beverly Hills Physicians (BHP) sees a great many patients exploring weight loss surgery as well as non-surgical paths to weight loss, and they typically experience a surge of interest from prospective patients with the beginning of every new year. A Las Vegas Sun article published December 27 notes that people who truly want to lose weight must think beyond quick-fix diets and unsustainable exercise plans if they actually want to make their dreams of becoming permanently thinner and healthier a reality, and that the only path to success is permanent lifestyle change. BHP agrees, but adds that weight loss surgery and other techniques can make dealing with the hard truths of weight loss a great deal easier.

BHP explains that, while weight loss fads typically produce only the most minor and short-lived results, even individuals who set out to make genuine lifestyle changes have an extremely difficult challenge before them. These people are often able to achieve some loss of weight, at least at first. One problem identified by BHP is that, over time, strong desires to overeat actually become all that much stronger the more weight an individual loses – and that means severely obese patients who have the most weight to lose, and the greatest need to lose it, have the hardest task before them. For most, the medical group notes, the constant pangs of appetite are simply too difficult to ignore over the long term.

BHP notes that there is a preponderance of evidence supporting the fact that weight loss surgery options such as the gastric sleeve and Lap Band can make permanently defeating obesity a great deal more achievable because they get to the root of the problem by actually reducing the patient’s appetite. Doctors have found that both of these procedures make it uncomfortable to overeat, while the sleeve procedure – which removes roughly 75 to 85% of the stomach – may also have some added benefits in terms of reducing the body’s production of hunger-stimulating hormones.

Of course, the medical group adds, a great many individuals with weight issues may not meet the definition of severe obesity (a BMI of 40 or more, or 35 or more with related health problems). For them, BHP offers both non-surgical assistance in the form of coaching and medical monitoring, as well as the new Obera balloon weight loss system. They explain that the latter is a temporary procedure which reduces the stomach’s capacity, but is intended for individuals whose weight may be a health issue but who may not be sufficiently obese to be candidates for the other weight loss procedures.

However it is accomplished, experts agree that real weight loss that lasts takes time and commitment – but that doesn’t mean that the challenge can’t be made significantly less difficult with the help of outstanding medical professionals like the team at BHP. To learn more about their options, interested readers can call 800-788-1416, or visit BHP online at http://www.BeverlyHillsPhysicians.com.