Despite being less confident than their elders, a new study by PsychTests.com reveals that Millennials are an ambitious and tenacious generation that continues to prove potential critics wrong. 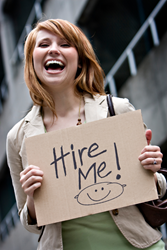 Millennials are determined to show their critics that they should not be counted out.

When Millennials enter the workforce, an attitude shift happens, and they gain a new perspective on life and their role in the world.

Stereotypes aren’t just damaging; like a tenacious weed, they take time to die. Millennials have been labeled as self-entitled, arrogant, and immature, and purportedly coddled and glorified by their “helicopter” parents. But to what degree is that true? Research by PsychTests reveals that Millennials are not afraid to push themselves to achieve lofty goals, to work hard, and to take on difficult challenges.

Collecting data from 1,035 people who took their Ambition Test, researchers at PsychTests looked at the differences between Millennials, Generation X, and Baby Boomers in terms of level of aspiration, persistence, and sense of self-efficacy.

The PsychTests' study reveals that while Millennials lagged a little behind the other two generations on some factors related to ambition, the potential of these youngsters should not be underestimated.

When they start to doubt their ability to accomplish something...

When obstacles get in the way of their goals...

When a goal isn’t progressing as quickly as expected…

“One can argue that Millennials’ hopeful and determined nature is a case of idealism,” explains Dr. Jerabek, president of PsychTests. “Some have just started out in the workforce, so they’re eager to prove themselves – which could also mean that at some point, they will be blindsided by the reality of what it’s like to be out there in the ‘real world’.”

“What many people fail to realize, however, is that Millennials are not strangers to hard work and pressure. They have to be able to balance school, a job, extracurricular activities, and relationships, all while paying off student debts they’ve collected along the way. It’s not just their parents who are pushing them to achieve their highest potential – they are pushing themselves as well, often even harder. And for those who think that Millennials are arrogant and plagued with a bloated sense of self-importance, our research reveals that less than half of them rated their confidence as strong - compared to 51% of Generation X and 66% of Baby Boomers. Yet, many members of this alleged ‘Me Me Me Generation’ would let doubt stop them. All-in-all, chances are that when they enter the workforce, an attitude shift happens, and they gain a new perspective on life and their role in the world. One thing is sure: They are determined to show their critics that they should not be counted out.”

Want to assess your level of ambition? Go to http://testyourself.psychtests.com/testid/3294

Professional users of the Ambition Test can request a free demo for this or any other assessments from ARCH Profile’s extensive battery: http://hrtests.archprofile.com/testdrive_gen_1

Don’t underestimate the work ethic and level of determination of Millennials.Millennials are not afraid to push themselves to achieve lofty goals, to work hard, and to take on difficult challenges.