WaterAid is proud to announce that Sarina Prabasi, Chief Executive of WaterAid America and co-founder of Buunni Coffee, has been named a 2016 ‘Woman of Influence’ by the New York Business Journal. 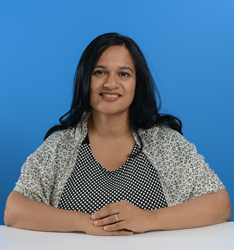 I am incredibly proud of the work we do at WaterAid, and I am honored to be recognized by the New York business community in this way.

Honorees were selected for their track records as leaders “who innovate, succeed and pay it forward”. The award is part of the American City Business Journals’ national effort to celebrate those who put a premium on mentoring and supporting the next generation of women leaders.

“Day in and day out, WaterAid is proving that clean water, toilets and hygiene are the essential ingredients for a world where girls are able to attend and stay in school, women have the time to start and run small businesses, and half of the world’s hospital beds are no longer filled by people suffering from preventable water-related diseases.

“I am incredibly proud of the work we do at WaterAid, and I am honored to be recognized by the New York business community in this way,” commented Prabasi.

Prabasi was also recently named by both Fortune and Food & Wine magazines as one of the ‘Most Innovative Women in Food & Drink’. She was recognized, in part, because of her reputation as a trailblazer and mentor for women interested in pursuing top leadership positions while also balancing busy family lives. A proud mother of two young girls, Prabasi has been praised for providing exceptional support and encouragement to the nearly 25% of WaterAid staff in the US who similarly have young children at home.

“Sarina’s excellence in the nonprofit sphere is matched only by her unparalleled understanding of how businesses and nonprofits can form a powerful force for good in New York City—and far beyond,” said Dan Singer, North America President for EMU Australia.

“EMU is proud to have teamed up with WaterAid to achieve a world where everyone, everywhere has clean water, toilets and hygiene, and we congratulate Sarina on being recognized among so many other influential New York leaders.”

This year’s award winners will be honored at a luncheon at the Harvard Club in New York City on January 20, 2016.

For more information about Sarina Prabasi and WaterAid, visit http://www.WaterAid.org/us

WaterAid is the #1 ranked international non-profit dedicated to helping the people living in the world’s poorest communities gain access to safe water, toilets and hygiene. WaterAid has programs and influence in 37 countries across Africa, Asia, the Caribbean, Latin America and the Pacific region. Since 1981, WaterAid has reached 23 million people with safe water and, since 2004, 21 million people with toilets and sanitation.