Multiple-year winner of the Consumers' Choice Award, AquaGuard Foundation Solutions, a basement water-proofing and foundation repair company, builds new facility to house its growing operation. Focused on future expansion, AquaGuard is confident the move will help it achieve all its future goals. 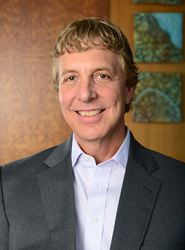 At AquaGuard, our goal is to improve the lives of our employees, our customers and our community.”

Although the move is a literal stone’s throw from its original location just west of the I-75 directly over to the highway’s east side, in reality, the company’s re-location represents a change of much greater proportion. In fact, AquaGuard Foundation Solutions’ move has more than quadrupled its square footage and increased its warehouse capacity from one to 12 bay doors.

Plans for the company’s new location began more than 5 years ago but actual construction commenced in early 2014. The new construction and subsequent move were propelled by the need to house a doubling of the number of company employees and the inability of the original location to support a rapidly growing operation.

The new facility boasts an abundance of open space, attractive offices and increased warehouse capacity. Along with the new and spacious environs, employees can now enjoy the amenities of a modern equipped lunch room and exercise facility.

AquaGuard Foundation Solutions was founded by Tom DiGregorio in 1995. DiGregorio was awarded the Metro Atlanta Chamber’s “2015 Businessman of the Year “award as well as other entrepreneurial accolades over the years. The company specializes in “all things foundations” such as repairing and waterproofing leaky basements, providing crawlspace encapsulation and structural repair to foundations and supporting walls. The company has gleaned recognition in addition to the Consumers’ Choice Award including Kudzu.com “Top Pick” awards, and the Better Business Bureau’s prestigious Torch Award.

AquaGuard’s Founder/President, Tom DiGregorio states, “At AquaGuard, our goal is to improve the lives of our employees, our customers and our community.” he adds, “We now have the operating capacity to fulfill these goals with room for continued growth over the next several years.”