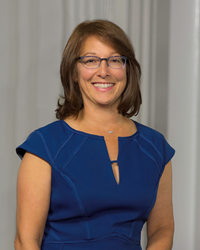 Ms. Gross concentrates her practice on plaintiffs' securities fraud, antitrust and consumer class action cases litigated across the United States. She has dedicated her legal practice to protecting the rights of consumers and shareholders. Ms. Gross often protects interested parties against big businesses especially when companies fail to accurately disclose their financials in such a way that defrauds investors and other interested parties.

“I joined Kaufman, Coren & Ress because they are a very well-regarded group of complex litigation trial lawyers. They are not afraid to take on the difficult cases and are often referred to as the ‘lawyer’s lawyers.’ My colleagues have made this a smooth transition and I am pleased to work with such well-regarded professionals,” said Gross.

Prior to becoming Of Counsel at Kaufman, Coren & Ress, Ms. Gross had been an attorney with the Law Offices Bernard M. Gross, P.C. for nearly 30 years. She focused on helping individuals, classes of individuals, hedge funds and businesses who were financially injured as a result of violations of antitrust laws, securities laws, Employee Retirement Income Security Act (ERISA) laws, consumer protection laws or another’s negligence or fraud.

She also is involved in other nonprofit and educational organizations, including Adath Israel where she was a member of the executive committee and is currently co-chairing its Hineni Capital Campaign.

Ms. Gross earned her bachelor’s degree in economics from the Wharton School of the University of Pennsylvania and her law degree from Boston University’s School of Law. She is admitted to practice in various federal district and circuit courts throughout the United States and in the Commonwealths of Massachusetts and Pennsylvania.

Kaufman, Coren & Ress, P.C. takes pride in providing premier representation for clients involved in commercial and bankruptcy litigation, criminal and grand jury matters and selected personal injury and civil rights cases. Founded in 1989, the firm has found success in situations where other firms dare not even venture.