The Senior Citizens League (TSCL) has been collecting comments from older adults on how they are coping with rapidly rising prescription drug costs. TSCL has recommendations on how to cut those costs. 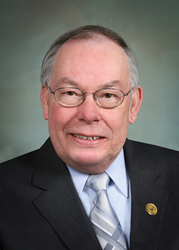 “TSCL believes the lack of affordable drugs could jeopardize the health of older Americans,” Cates says.

Anxiety of older Americans over steep cost increases of prescription drugs is at the highest level since the start of Medicare Part D a decade ago, according to The Senior Citizens League (TSCL). Since last fall, TSCL has been collecting comments from older adults on how they are coping with rapidly rising costs. “The implications are chilling, particularly for people with chronic health problems,” says TSCL chairman Ed Cates.

In one such case, Terry C. of Florida, a diabetic who takes insulin, like other Social Security recipients didn’t receive any increase in benefits for 2016. But Terry’s drug plan deductible went up to $360 in 2016, and copays increased. According to a survey by DRX, a unit of Conecture Inc. which provides price-comparison software, prices of popular diabetes drugs Lantus and Levemir have gone up 30 percent over one year. Nevertheless, the consumer price index dropped so low that a cost-of-living adjustment (COLA) wasn’t payable this year.

“TSCL believes the lack of affordable drugs could jeopardize the health of older Americans,” Cates says. “Past TSCL surveys, during years in which there was no COLA, suggest that as many as one - third of Medicare households postpone filling prescriptions or take less than the prescribed amount,” he notes.

Nationwide, spending on prescription drugs grew 13%, a rate that hasn’t occurred since 2001, according to IMS Health Holdings Inc. Average Part D plan premiums rose by 13% this year as well. The standard Part D deductible rose from $320 to $360 in 2016, the largest deductible increase since the start of the program.

To cut costs, TSCL recommends that you:

Many of these programs operate through area agencies on aging.

“We need to bring financial relief to millions of seniors,” says Cates. TSCL is fighting high drug prices by working for legislation to allow Medicare to negotiate the price of prescription drugs. How are you affected? Take TSCL’s annual Senior Survey, visit http://www.SeniorsLeague.org.