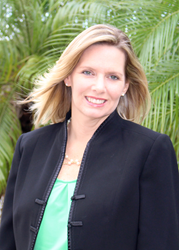 Cruise Planners, an American Express Travel Representative, the nation’s leading home-based travel agency network will be welcoming Theresa Scalzitti, a 20-plus year veteran with Royal Caribbean International to the team. Scalzitti will come onboard as Vice President of Sales and Marketing on February 29th and will manage the strategic direction of the marketing, sales and business development teams at Cruise Planners, among other leadership strategies.

Scalzitti is known within the travel agent community as an advocate for travel professionals, a strategic and results-oriented thinker and someone who is focused on delivering revenue results. After more than two decades with Royal Caribbean in various roles, she was most recently National Account Sales & Marketing Senior Manager and consistently met or exceeded annual revenue goals for the past 11 years for her account portfolio. Scalzitti was an instrumental player in the Cruise Planners sales growth with Royal Caribbean and was awarded National Account Sales Manager of the Year for 2015 and President’s Challenge Award Winner for two consecutive years. Cruise Planners recently earned the prestigious Chairman’s Award based on a proven track record of success and mutually-beneficial innovation and partnership.

“Theresa knows our business model, understands the travel and cruise market and already comes with Cruisitude,” said Vicky Garcia, COO and co-owner of Cruise Planners, an American Express Travel Representative. “We know she could have gone anywhere, and we are happy she chose Cruise Planners and will join our amazing leadership team at Home Office to support our hard-working travel agent network. Theresa is a visionary and innovator and we know she will hit the ground running at Cruise Planners.”

One of the creative innovations that Scalzitti brought to the table is the “Come Sail Away With Me” marketing and sales campaign that is unique to Cruise Planners travel advisors. This program is a well-rounded approach that encourages bookings, strengthens the client and travel agent relationship and adds value to each cruise booking. These multi-faceted solutions combine her experience from various roles in product marketing, operations and sales and truly make her uniquely qualified for this new role at Cruise Planners.

“Theresa was a valuable member of the Royal Caribbean team,” said Vicki Freed, senior vice president, sales and trade support and service at Royal Caribbean International. “We wish her the best as she embarks on a new chapter in her career with Cruise Planners.”

Theresa is a native Floridian. In her personal time, she enjoys spending time with her three young children and husband. She loves to travel, is an adventure-seeker and loves to do CrossFit to stay in shape.

“Cruise Planners will continue to be a leader in the travel industry,” Garcia said. “We are proud to welcome Theresa to the CP family.”

About Cruise Planners, an American Express Travel Representative
Cruise Planners, an American Express Travel Representative, is the nation’s largest home-based travel agent franchise network in the travel industry. Cruise Planners operates a network of more than 1,400 franchise owners who independently book amazing vacation and travel experiences for their clients. The Florida-based Home Office Team positions franchise owners for success by providing innovative marketing, booking and lead-generating tools, as well as professional development and hands-on training with the industry’s top executives. The company continues to be lauded and has been named the No.1 Cruise Tour/Travel Agency by Entrepreneur magazine for 13 consecutive years. Cruise Planners was recently featured in Entrepreneur as one of the Top 30 Franchise Innovators in Technology, has been consistently named as one of the Top Women-Owned Businesses by the South Florida Business Journal, is listed on the Inc. 5000 list as one of the Fastest-Growing Private Companies in America and was recognized as one of the Top Workplaces by The Sun Sentinel.

Headquartered in Coral Springs, Fla. for more than 22 years, Cruise Planners has achieved top producer status with every major cruise line. Accolades include numerous Magellan Awards from Travel Weekly for the past seven years, American Express Travel Representative Excellence Award for 11 consecutive years (2004 – 2014), American Express Agency of the Year (2010), Royal Caribbean International Chairman’s Award (2015), Royal Caribbean International President’s Award for Overall Achievement (2012 and 2014), Royal Caribbean International Home-Based Partner of the Year (2007-2013), Norwegian Cruise Line Franchise Agency of the Year (2011-2015), Celebrity Cruises Field Sales Account of the Year (2015), Celebrity Cruises Home-Based Account of the Year (2013-2014) and Celebrity Cruises Southeast Region Travel Agent Partner of the Year (2010), American Express Vacations Best of the Best Globe Award (2008-2015), Globus Family of Brands Premier Agency Partner (2009-2014), Platinum Member of the 500 Club for Sales Excellence (2014), Platinum Circle Member with Viking River Cruises (2009-2015), Uniworld Boutique River Cruise Collection Top Producer (2008-2014) and Regent Seven Seas Cruises Top Producer. Cruise Planners is one of the Top 50 Franchises for Veterans according to GI magazine, the Top Franchise Brand for Veterans according to Franchise Business Review, has been named one of the Top 25 franchises for African-Americans by Black Enterprise magazine and is a member of the International Gay & Lesbian Travel Association. For more information, visit http://www.cruiseplanners.com.
Stay in Touch: Media can stay up-to-date with Cruise Planners by visiting our media room, following us on Twitter @Cruisitude or on Facebook. For additional information or to make reservations, vacationers should locate a travel advisor near them. For those interested in becoming a franchise owner, please visit our franchise website.