New study from the Cancer Prevention Institute of California finds lower survival rate for blacks and those treated at centers not affiliated with the National Cancer Institute. 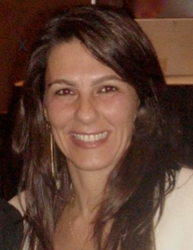 “Our study reveals that survival inequalities persist among vulnerable patients with acute myeloid leukemia such as the uninsured, those of black race/ethnicity and adolescents and young adults.” said Renata Abrahão MD, MSc.

Acute leukemia is the leading cause of cancer death among patients 39 years of age and younger. Without treatment, most patients die within months, if not weeks, of diagnosis. The five-year survival was only about 50% for the most recent treatment period of 2004 – 2011.

In a study led by the Cancer Prevention Institute of California(CPIC) and the London School of Hygiene and Tropical Medicine, and published in the February issue of the British Journal of Hematology, researchers analyzed 3,935 patients with acute myeloid leukemia (AML) up to 39 years of age in California from 1988 – 2011.

For this study researchers used data from the California Cancer Registry, which participates in the Surveillance, Epidemiology and End Results (SEER) program of the National Cancer Institute (NCI). To the authors’ knowledge, this is the first population-based study that simultaneously examined the influence of race/ethnicity, neighborhood socioeconomic status, type of health insurance and treatment facility on survival.

Researchers found several subgroups of patients with worse survival. They tended to fall into one of these groups:

A significant association was found between lower socioeconomic neighborhoods and early death suggesting that these patients lacked access to optimal treatments during the critical days after initial diagnosis.

It is not clear what factors accounted for the disparities in survival among black patients. Researchers speculate that genetics may contribute to the difference in chemotherapy response or that black patients had less access to chemotherapy and other treatments such as hematopoietic stem cell transplantation.

Recent studies have also shown the biology of pediatric AML differs from adult AML which may lead to a favorable prognosis in younger patients.

“Our study reveals that survival inequalities persist among vulnerable patients with acute myeloid leukemia such as the uninsured, those of black race/ethnicity and adolescents and young adults.” said Renata Abrahão MD, MSc, a visiting research scientist at CPIC and lead author of the study. “This study can serve as a baseline to compare changes in survival that may result from potential improvements in health insurance coverage following the implementation of the Affordable Care Act (Obamacare).”

“Moreover, this study showed that survival after AML remains low among young patients and highlights the need for new therapeutic regimens to treat this disease with various subtypes. We emphasized the importance of linking population-based data with genetic and clinical information contained in the patients’ medical records in order to better understand the causes of survival inequalities.”

The work was supported by Children with Cancer UK.

About the Cancer Prevention Institute of California
The Cancer Prevention Institute of California is the nation’s premier organization dedicated to preventing cancer and to reducing its burden where it cannot yet be prevented. CPIC tracks patterns of cancer throughout the entire population and identifies those at risk for developing cancer. Its research scientists are leaders in investigating the causes of cancer in large populations to advance the development of prevention-focused interventions. CPIC’s innovative cancer prevention research and education programs, together with the work of the Stanford Cancer Institute, can make our vision of a world without cancer a reality. For more information, visit CPIC’s official website at http://www.cpic.org.