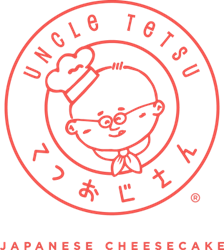 Uncle Tetsu® Japanese Cheesecake, an international Japanese bakery known for fresh, handmade cheesecakes, today announced the opening of its first U.S. location in Honolulu. The establishment, located on the second level food court of the Royal Hawaiian Shopping Center at 2233 Kalakaua Ave, will open its doors to guests at 10:00 a.m. on Tuesday, March 1. In partnership with Panda Restaurant Group, the new location will offer residents and travelers a taste of its Asian-inspired artisanal baked goods and soothing teas.

“Since I started my first restaurant in Hakata, we have been working diligently to share our tasty Japanese cheesecakes with the rest of the world and have opened over 80 stores across the globe,” said Tetsushi Mizokami, president of Uncle Tetsu Japanese Cheesecake. “Expanding into the U.S. has been a dream for our family-owned business and we are honored to have the chance to grow our fan base here in Honolulu.”

The Honolulu location will be owned by Andrew and Peggy Cherng, founders of Panda Restaurant Group which owns Panda Express, America’s favorite Chinese kitchen. The expansion of Uncle Tetsu Japanese Cheesecake into the U.S. comes at an ideal time as the Cherngs continue to partner and help successful restaurant chains grow within the United States. Through this relationship, the Uncle Tetsu Japanese Cheesecake organization will have access to the Cherng’s 40-plus years of restaurant industry and organization-building experience.

In addition to the Honolulu location, the Cherngs are also set to open another Uncle Tetsu Japanese Cheesecake restaurant in Arcadia, Calif. later this year.