Bitt, a Barbados based financial technology company, has launched the first blockchain based digital money in the Caribbean. 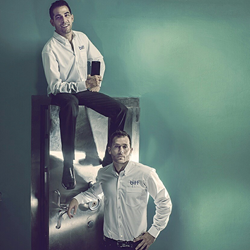 The founders of Bitt Inc. have noted that Barbados, like the rest of the Caribbean, has historically had challenges with its banking and financial infrastructure. This not only severely affects large institutions but also Caribbean people. From Bitt’s perspective, the region has been trying to increase financial inclusion for quite some time but with minimum progress. The technology launched by Bitt is a major step forward in solving this problem.

“The Barbadian Digital Dollar is easy to send to anyone, anywhere, with a few gestures on your mobile device. Commerce can be done with less friction, payment can be made instantly, auditors can cryptographically verify the signatures with unparalleled security,” said Oliver Gale, Co-Founder and CFO of Bitt Inc.

The company makes it clear that the digital Barbados dollar is not the same asset as the now well known cryptocurrency - bitcoin. “One of our digital Barbados dollars is equivalent to one dollar issued by the Central Bank of Barbados. What we do is allow people to do more with their money,” said Gabriel Abed, Co-founder and CEO.

Using ‘distributed ledger technology’, the company is poised to roll out its services to the region. By enabling all the currencies in the Caribbean to be used on the blockchain, it is expected that Bitt will potentially act as a much needed settlement service for the region. “I want to position Bitt to become the heart of the Caribbean's settlement system,” Abed stated.

Established two years ago based on funding from Avatar, a Trinidadian investment company, Bitt’s ecosystem focuses on digital asset exchange, mobile wallets, remittance and merchant solutions, and has the capacity to continuously develop and expand its core services.

Trinidadian businessman Peter George, speaking on behalf of the investors, noted his satisfaction with Bitt’s vision and performance to date. Describing the Bitt team as ‘revolutionaries’ he revealed that the investors had already received returns.

The launch took place at Buzo Osteria Italiana (Barbados) on Monday evening, as witnessed by several members of the local business community and the media, signaling a new era of financial inclusion in the Caribbean.