Jun Liu, past President of TESOL, and a former board member continues to be deeply involved with the association. 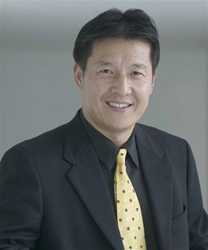 It was Jun’s work that galvanized the nonnative English speakers’ community in the TESOL association and originally drew attention to their issues.

Describing Liu’s impact on the association, former TESOL Board Member Mary Romney noted that “Jun’s vision of what TESOL can be is based on inclusiveness and the value of diversity. It was Jun’s work that galvanized the nonnative English speakers’ community in the TESOL association and originally drew attention to their issues.” In 2006, Liu became the first Asian and nonnative-English-speaking president of TESOL International Association. He has served TESOL in numerous capacities for more than two decades, notably as the co-founder of the NNEST Caucus, a member of the TESOL Board of Directors, and a member of more than 30 TESOL committees.

In addition to his longstanding service to TESOL, Liu is a well-respected teacher, researcher, and scholar in the field. He is Vice Provost for Global Affairs and Dean of International Academic Programs and Services with the academic appointment of Professor of Linguistics at State University of New York, Stony Brook. Liu is currently on the Board of Trustees of The International Research Foundation of English Language Education, and the Board of the Association of International Education Administrators. Liu is also known in the field of teaching Chinese to speakers of other languages and has served since 2009 as vice president of the International Society of Chinese Language Teaching. He has published extensively in the area of intercultural communication, communicative competence, and language education. A dynamic and motivating speaker, Liu has given more than 100 plenary and invited speeches since 2000 in more than 30 countries.

The James E. Alatis Award for Service to TESOL originated in 1987 to honor James E. Alatis for his 21 years of devoted service as TESOL's first executive director. Alatis was a charter member of TESOL International Association and dean emeritus of the School of Languages and Linguistics at Georgetown University. Alatis passed away in February 2015.
About TESOL International Association

Founded in 1966, TESOL International Association is a professional community of educators, researchers, administrators, and students committed to advancing excellence in English language teaching for speakers of other languages worldwide. With more than 12,000 members representing over 150 countries, TESOL fosters the exchange of ideas, research, and peer-to-peer knowledge, and provides expertise, resources, and a powerful voice on issues affecting the profession. Through professional development programs, its international conference, special interest groups, and publications, TESOL engages tens of thousands of professionals to collaborate globally and create a world of opportunity for millions of people of all ages who want to learn English. For more information, please visit http://www.tesol.org.