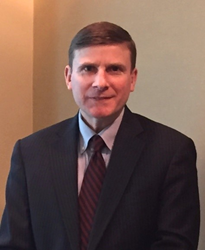 DATTCO, Inc., a leader in the transportation industry, announced today that Kevin G. Ferrigno has been named Vice President and General Counsel for all of its divisions. Ferrigno will lead the legal function of the company by providing legal support to the company’s management team.

“Kevin will be an asset to our executive team as we continue to support the growth and success of the company. He brings a wide depth of legal and governance experience with a demonstrated ability in leading and managing complex transactions,” said Donald DeVivo, DATTCO’s President.

Bringing over 25 years of legal experience, Ferrigno has worked in the fields of general corporate law, commercial law, and commercial real estate for a broad client base.

Prior to joining DATTCO, Ferrigno was a Stockholder at Reid and Riege, P.C. in Hartford, Connecticut where he served as counsel to a diverse base of publicly and privately owned companies.

Ferrigno earned his B.S. in Chemistry from Union College with honors and his law degree from the University of Connecticut, with highest honors, graduating first in his class and receiving the William F. Starr Fellowship Award.

Ferrigno is actively involved in the community and chairs the Collections Steering Committee for the Connecticut Historical Society as well as serving on the Collections Committee of the Windsor Historical Society. He is also a member of the Board of Directors and Secretary of the Saint James School Foundation. He was the recipient in 2014 of the inaugural Arbor Award from the Connecticut Daughters of the American Revolution in recognition of his years of support to the Oliver Ellsworth Homestead in Windsor and the Jonathan Trumbull House in Lebanon.