RE/MAX has honored its top residential sales producers for 2015 in northern Illinois. Twenty sales teams and 20 individual brokers were recognized for their exceptional sales achievements. 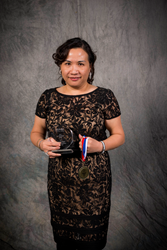 The RE/MAX Northern Illinois real estate network recently honored its associates whose 2015 residential sales achievements earned them coveted spots in its year-end Residential Top 20. A team from Lake Bluff and a broker from Hinsdale earned the coveted No. 1 rankings.

Among residential teams, the top spot again went to the Jane Lee Team of RE/MAX Top Performers, Lake Bluff, Ill., which won that honor for the 12th year in a row, an impressive accomplishment. A team involves the combined efforts of two or more licensed brokers.

Several members of the RE/MAX Northern Illinois Top 20 were also recognized by the worldwide RE/MAX organization for ranking among the Top 100 sales producers of 2015 in the global RE/MAX network for combined sales of residential and commercial properties.

RE/MAX also gave special recognition to its Top 100 Individuals and Teams based solely on residential sales. Among RE/MAX teams, Lee was #12, McDonnell was #30, Leonard was #51, Homes by Marco was #57 and Kombrink-Lobrillo was #77. Among individual brokers, Feinstein was #26, Lukasik was #32, Steele was #45 and Steve Malik was #73.

RE/MAX agents consistently rank among the most productive in the industry. In 2015, RE/MAX Northern Illinois agents averaged 18 transaction sides. RE/MAX has been the leader in the northern Illinois real estate market since 1989 and is continually growing. The RE/MAX Northern Illinois network, with headquarters in Elgin, Ill., consists of more than 2,250 sales associates and 105 independently owned and operated RE/MAX offices that provide a full range of residential and commercial brokerage services. Its mobile real estate app, available for download at http://www.illinoisproperty.com, provides comprehensive information about residential and commercial property for sale in the region. The northern Illinois network is part of RE/MAX, a global real estate organization with 104,000+ sales associates in 90+ nations.
####
EDITOR’S NOTE: RE/MAX® is a registered trademark. Please spell in all caps. Thank you. This release is posted at blog.illinoisproperty.com.