Publicist of the Year for Online Book Piracy Awareness Leads Crusade to Coincide with World Book and Copyright Day April 23, 2016 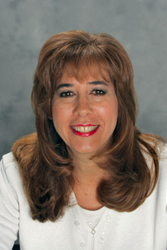 Rhonda Rees Publicist of the Year and Author

World Book and Copyright Day on April 23, 2016 is the perfect Time to Check Your Books.

Rhonda Rees, Publicist of the Year, author and advocate for online book piracy awareness, is staging a PSA campaign to alert authors and publishers to “check their books” to correspond with World Book and Copyright Day on April 23, 2016.

Rees is asking that during the month of April they run Google and Bing searches to see whether or not their work is compromised by being offered for “free” without their knowledge or permission. She would like authors and publishers to plug in the title of their book, or books, the author’s name, and the words ‘free downloads’ to spot what comes up.

Unfortunately, this is a subject that Rees knows about first-hand. Her US copyrighted, trademarked, registered and award-winning book, Profit and Prosper with Public Relations®: Insider Secrets to Make You a Success was being offered as a free download on several sites without her consent. http://www.amazon.com/Profit-Prosper-Public-Relations-Rhonda/dp/0982223501

Rees isn’t the only one that this situation is happening to. Hundreds, if not thousands of other unsuspecting authors across the globe are also left vulnerable to these unscrupulous Internet culprits.

"It’s not just the famous recording artists or celebrities that are being ripped off anymore. Instead, online book piracy is having an impact on the average person in a very big way," states Rees.

According to the Association of American Publishers, the publishing industry as a whole has lost $80 to $100 million dollars to online piracy annually. From 2009 to 2013, the number of e-book internet piracy alerts that the Authors Guild of America has received from their membership had increased by 300%. During 2014, that number doubled. During 2016, these numbers are expected to go even higher.

For the past two years Rees has been working tirelessly to help bring this little-known topic to the public’s attention. The Bulldog Reporter publication crowned her Publicist of the Year in their Stars of PR competition for her efforts. https://www.bulldogreporter.com/creative-persistent-campaign-to-gain-attention-for-widespread-online-book-piracy-crisis-earns-rhonda-rees-publicist-of-the-year-and-a-stars-of-pr-gold-award/ In addition, she was also named Publicist of the Year by the Book Publicists of Southern California, winning their IRWIN Award (Industry Recognition of Writers in the News.) https://www.youtube.com/watch?v=KPrATPtRwoQ

Rees has lent her voice by appearing in the media and online, and by contributing feature articles, such as in IP Watchdog.com: http://www.ipwatchdog.com/2016/03/10/crusade-against-online-piracy/id=66902/ . Her aim is to educate the public, and to open up a dialogue between authors and publishers, organizations, law enforcement and policy makers.

She is now turning directly to authors and publishers to ask for their help in having them run searches to see whether or not their work is being compromised. Rees offers suggestions and tips, and outlines what they can specifically do should they find themselves in this difficult situation. Listen to her Author U podcast: https://player.fm/series/author-u-your-guide-to-book-publishing-podcasts/book-piracy-how-to-discover-and-how-to-fix-show-02-25-2016

After World Book Copyright Day this April 23, 2016, she will continue her fight against the online piracy of books. Rees has made contact with the Global Intellectual Property Center(GIPC), a division of the US Chamber of Commerce, the Authors Guild of America, the Counterfeit Report Company, the Piracy Trace Business, and numerous organizations such as IBPA (Independent Book Publishers Association), SPAWN (Small Publishers Artists and Writers Network), and the BPSC (Book Publicists of Southern California.)

World Book and Copyright Day is an annual event sponsored by UNESCO (United Nations Educational Scientific and Cultural Organization) to help promote reading, publishing and copyright issues. It is observed in over 100 countries, from private businesses, schools and voluntary organizations that come together to pay tribute to authors and books. The April 23, date is the anniversary of the birth and death of William Shakespeare, and the birth or death date of other well- known authors such as Miguel de Cervantes, Maurice Druon, and Halldo´r Laxness.