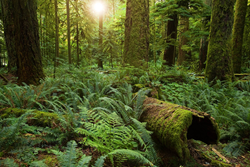 “It’s heartening to receive numerous innovative project proposals focused on our targeted sectors. This is a positive signal that The Trust will be able to meet it’s goal of deploying $5.5 million in 2016 from its first pilot investment fund.

In January of 2016, The Climate Trust announced a Request for Proposals seeking early-stage forestry, grassland conservation, and livestock digester projects interested in taking advantage of financing based on the long-term revenues generated by carbon markets. The Trust was encouraged to receive a strong response, with well over a dozen practicable project proposal submissions.

Projects submitted to The Trust proposed diverse solutions for addressing the challenge of climate change, utilizing upfront funding for landowners to take action to reduce greenhouse gas emissions. In total, viable proposals sought over $10 million in funding to support greenhouse gas reduction projects. This is a strong sign that, with investors to support the financing of verified emission reductions projects, developers and project owners are ready and willing to take part in environmental markets.

“It’s heartening to receive numerous innovative project proposals focused on our targeted sectors,” said Sheldon Zakreski, director of carbon compliance for The Climate Trust. “This is a positive signal that The Trust will be able to meet it’s goal of deploying $5.5 million in 2016 from its first pilot investment fund launched at the start of the year, and funded by the David and Lucille Packard Foundation. Proving our concept will unlock further rounds of increased financing to more sectors and developers,” added Zakreski.

“The Climate Trust has been a reliable partner for eight years; investing time and technical expertise to help us generate revenue from farm-based emissions reductions,” said Daryl Maas, chief executive officer for Maas Energy Works. “The Trust's offer of upfront funding will help us to move forward on livestock digester projects that may not otherwise have been developed. We’re excited to have taken part in the RFP process.”

The Trust will catalyze the development of the selected projects, and proceeds from the resale of emission reductions are anticipated to generate sufficient revenues to provide a market based internal rate of return to the fund. All selected projects will meet the rigorous carbon market quality standards that have evolved over the last nine years, including American Carbon Registry, Climate Action Reserve, Verified Carbon Standard, and the California Air Resources Board.

The Trust’s funding model is designed to be scalable, to secure needed upfront funding for emission reduction projects, and contribute to the U.S.’ stated climate reduction targets under the historic Paris Agreement. The U.S. has committed to reduce its emissions by 26-28% from 2005 levels by 2025, and The Trust believes offset projects can be an important and cost effective contributor to that goal.

“The Climate Trust is proud to play a role in meeting our national climate targets from Paris and staving off a disastrous rise in global temperatures,” said Sean Penrith, executive director for The Climate Trust. “Our focus is on accelerating the pace of carbon mitigation through increased deployment of conservation finance. We have found that early-stage funding is critical—offering greater potential for impact and supporting a vital stage of project development,” added Penrith.

“Although no project funding decisions have yet been made, we wanted to take the opportunity to recognize the applicants of our 2016 RFP and extend our gratitude for the time and care they showed in crafting these impressive proposals,” said Elizabeth Hardee, senior analyst for The Climate Trust. “We look forward to engaging further with our applicants to better understand the alignment of their finance needs with the investment thesis of our fund,” added Hardee.

The Climate Trust has performed initial feasibility assessments of the proposals received and will keep applicants apprised as they work through the evaluation process. Final contracts will be executed by mid-December.