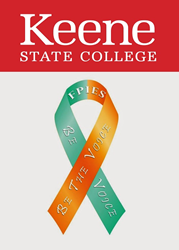 Because it is so new, it is frequently misdiagnosed or completely missed. Most doctors I speak with believe that the prevalence is likely much higher. This emphasizes the need for epidemiological data to better understand this condition.

uBiome, the leading microbial genomics company, has announced a partnership with Keene State College in New Hampshire to study a little-understood health condition that affects infants worldwide. Food Protein Induced Enterocolitis Syndrome (FPIES) is a type of severe food allergy that is not detectable through standard food sensitivity tests. uBiome will sequence the bacterial DNA of fecal samples collected from babies with FPIES as well as from a control group of healthy babies to look for possible microbial markers and associations.

The Keene State College team is led by its Assistant Professor of Health Science, Dr. Jeanelle Boyer, a microbiologist and mother of a two-year-old daughter who has been diagnosed with FPIES. Dr. Boyer’s daughter has reacted to almost every food with a variety of allergic symptoms, including diarrhea, mucous and blood in the stool, eczema, severe acid reflux, abdominal pain, and one episode of severe vomiting until shock. uBiome will apply high-throughput next generation DNA sequencing technology to generate detailed analysis of the infants’ microbiomes.

The microbiome is the term for the ecosystem of trillions of bacteria which coexist in and on the human body. Many of the bacteria found in the microbiome play crucial roles in supporting life. For example, gut bacteria aid with digestion and the synthesis of vitamins. Pathogenic bacteria, however, are associated with a range of conditions, some very serious, such as celiac disease, inflammatory bowel disease - including both Crohn’s disease and ulcerative colitis, irritable bowel syndrome, esophageal reflux and esophageal cancer, Clostridium difficile infection, colorectal cancer, and many others.

Researchers at The Children’s Hospital at Westmead in Australia estimate the prevalence of FPIES as being one in 10,000 infants who are less than 2 years of age. Yet, the disease has only recently been defined. According to Dr. Boyer, this disease is currently under-researched: “Because it is so new, it is frequently misdiagnosed or completely missed. Most doctors I speak with believe that the prevalence is likely much higher. This emphasizes the need for epidemiological data to better understand this condition.” The cause of FPIES is unknown and there is no cure for this disease.

Dr. Boyer received funding for this study from the FPIES Foundation who, as well as providing funding for family and community awareness, education, and outreach initiatives, seeks to support professional efforts exploring diagnosis and management. The study is recruiting families with babies under the age of 12 months who are free of antibiotic usage for the past month. It is seeking babies with physician-confirmed FPIES, as well as those who are allergy-free.

Dr. Boyer of Keene State College says: “It’s hard for me to explain the stress of having a baby who is allergic to almost all food. I often joke that this sweet angel of a baby chose me as a mother because of my background in microbiology and nutrition. I know all too well that FPIES is a poorly understood disease which has a profound impact on families all over the world. With the uBiome partnership, we have a really good chance of making discoveries that could change the lives of so many.”

Jessica Richman, co-founder and CEO of uBiome, says: “We were incredibly moved by Dr. Boyer’s story when we heard about her study, so we didn’t hesitate to offer our support. It must be heartbreaking to discover that your baby can’t tolerate the food you give her. This study sits perfectly with our mission to support science wherever it is performed.”

Dr. Zachary Apte, CTO and co-founder of uBiome adds: “uBiome’s advanced methods mean that all a parent needs to do is swab their baby’s diaper, then send us the swab in the mail. In this study, parents will help us build the big picture, but we’ll also give each participant a full breakdown of the composition of their baby’s microbiome.”

Details of the uBiome/Keene State College study are here:

uBiome was launched in 2012 by scientists and technologists educated at Stanford and UCSF after a crowdfunding campaign raised over $350,000 from citizen scientists, around triple its initial goal. The company is now funded by Andreessen Horowitz, Y Combinator, and other leading investors.