The author of a newly-published article says misformation keeps some mesothelioma patients from receiving their rightful compensation. 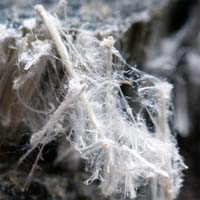 Is Misinformation as Dangerous as Asbestos?

Although the validity of such evidence has been discredited by independent scientists, it is still used as evidence...

In an article on the scientific controversies surrounding asbestos, German doctor Xaver Bauer contends that misleading scientific “evidence” can be dangerous - especially for exposed workers. Surviving Mesothelioma has just posted a summary of the findings. Click here to read it now.

According to Dr. Bauer, an occupational medicine specialist with Charite University Hospital in Berlin, the idea that a mesothelioma victim must have a certain number of asbestos fibers in the lung tissue in order to prove that asbestos caused their cancer is both absurd and dangerous.

“Although the validity of such evidence has been discredited by independent scientists, it is still used as evidence by an influential US pathology department,” writes Bauer in the German medical journal Pneumologie.

Equally serious, according to Bauer, is the message that white or chrysotile asbestos - the most common type of asbestos in the world - is somehow less toxic than other varieties.

“The overwhelming majority of the evidence points to the fact that all types of asbestos can trigger mesothelioma and that no level of exposure is ‘safe’,” says Alex Strauss, Managing Editor of Surviving Mesothelioma. “But, as Dr. Bauer observes, dangerous economically-driven misinformation about asbestos persists.”

To read the details of Dr. Bauer’s article and the mesothelioma misconceptions that concern him, see German Article Faults “Unsound Science” for Continued Rise in Mesothelioma Cases, now available on the Surviving Mesothelioma website.

Bauer, X, “Asbestos: Socio-legal and Scientific Controversies and Unsound Science in the Context of the Worldwide Asbestos Tragedy - Lessons to be Learned”, April 28, 2016, Pneumologie, Epub ahead of print, http://europepmc.org/abstract/MED/27124367