A partnership ready to expand the esports scene in Brazil 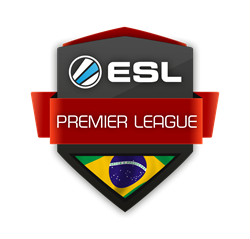 Patriot is excited to join forces with one of the world’s largest esports producers.

Patriot’s 2016 gold sponsorship of ESL Brazil Premier League consists of supporting more than 200 tournament broadcasts to an expected four million Brazilians online, as well as six physical finals events. All ESL in-studio PCs will be outfitted with Patriot Viper Memory, Ignite SSDs and its new gaming peripherals, the Viper V760 RGB Mechanical Keyboard, V560 RGB Laser Gaming Mouse and the V360 7.1 Virtual Surround Sound Headset. Patriot will also participate in event giveaways for players and participants in order to support and give back to the gaming community within Brazil. As an invested partner within Brazil’s PC enthusiast and gaming community Patriot will actively participate in live stream events, provide interviews and social media interactions in tandem with ESL Brazil Premier League.

“Patriot is excited to join forces with one of the world’s largest esports producers,” Said Brent McCray, Patriot’s General Manager of Brazil. “Brazilians are some of the most passionate gamers on earth! We are proud to be partnering with ESL Brazil Premier League as a way to explode esports visibility, access and importance in the market. Patriot is committed to gaming and we want every passionate gamer to have the ability to enjoy the excitement of esports.”

“ESL’s vision is to serve the Brazilian esports community as wholeheartedly as possible, and partnering with a brand like Patriot, who serve esports enthusiasts with performance hardware, means a more robust ecosystem for everyone. This partnership also ensures our ESL production and studio ecosystem enjoys the benefits of Patriot hardware”, said Spike Laurie, International Business Development Director at ESL.

About Patriot
Patriot designs, manufactures and markets high performance, enthusiast memory modules, flash memory, SSDs, and mobile accessory products. Patriot products have become world renown for their extreme performance, reliability and innovation. Patriot sells its products through original equipment manufacturers, retailers, e-tailers and distributors throughout the world with operations in North America, Asia and Europe. Patriot Memory LLC was founded in 1985 and is headquartered in Fremont, California, USA. All company and/or product names may be trade names, trademarks and/or registered trademarks of the respective owners with which they are associated. Features, pricing, availability, and specifications are subject to change without notice.

About ESL
ESL is the world's largest esports company, leading the industry across the most popular video games with numerous online and offline competitions. It operates high profile, branded international and national leagues and tournaments such as the Intel® Extreme Masters, ESL One, ESL National Championships and other top tier stadium-size events, as well as grassroots amateur cups, leagues and matchmaking systems. ESL covers a broad field of services in gaming technology, event management, advertising and television production, fully catering to the needs of the esports ecosystem. With offices in North America, Germany, Russia, France, Poland, Spain, China, and partners in many other countries, it has a truly global footprint. http://www.eslgaming.com